Our client was arrested and booked for alleged violations of Penal Code sections 487 (Grand Theft), 484 (Theft by Use of Employer Discount) and 496 (Receipt of Stolen Property) after Manhattan Beach Police served a search warrant on him at his house and found thousands of dollars’ worth of product from his former employer in his garage.

The Point of This Case Summary:  A lot of hard work before a case is filed is often avoided by criminal defense attorneys, but in the following case, we did so and it luckily worked because no criminal case was filed and our client did not receive the scars that a criminal conviction for theft, a crime of dishonesty, carries with it.

Our client, in his early thirties with a wife and an infant, had recently been fired after his employer discovered that he had been using employee discounts on the company website to make repeated purchases of product that were limited to one-time purchases.  This violated company policy, which was intended to prevent someone from stocking up on products and then selling them for oneself at full price, perhaps online, at swap meets or to friends.

Our client, whose job duties included controlling the employee discount coupon codes, had discovered a way to make more than a single use of the coupons.  He proceeded to then not only buy thousands of dollars of items and sell them on E-Bay, but also reverse the charges so that he would not even be charged the after-discount price.

After being terminated, he continued making such orders and selling the company products on E-Bay.
Our client came to our office devastated and remorseful.  He indicated that he earnestly wanted to repay his employer every penny he wrongfully took by virtue of his employment, both while employed and after.

Our office immediately approached the employer and surprisingly, the employer was receptive to such reimbursement instead of prosecution.  The employer understood the gravity of the situation and how our client’s lapse of judgment, if prosecuted and resulting in a conviction, could ruin our client professionally be publicly branding him as an embezzler.

This empathy by the employer was very high class.

After a series of meetings and phone calls with both the employer (at their business) and the Manhattan Beach Police Department, our office was able to secure a written settlement agreement that allowed our client to repay his former employer in exchange for their offer to write the Manhattan Beach Police Department to advise a civil settlement had been reached and they were no longer desirous of criminal prosecution. 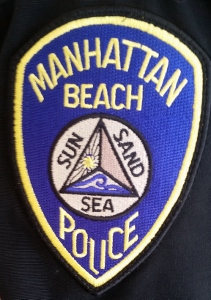 The meetings that Greg attended with the employer in Manhattan Beach were intense and Greg was regarded with suspicion, as was the general impression of our client.  Greg had to project an earnest sincerity to resolve the case on terms that were fair to the employer.  It was hugely important to listen to the officers of the corporation and let them believe their concerns were being considered.

The District Attorney, upon being advised of this, refused to file charges.

Had our client been charged and convicted, he faced a minimum of one year and a maximum of four years in state prison due to the high dollar value of product stolen.  Instead, charges were never filed.  The client was very happy with our office’s tenacious negotiation of the settlement.

This case epitomizes the value of contacting an attorney early and allowing him or her to meet with the victim, talk to the police and work something out that avoids a case ever being filed.  We find that our best results come when we can inject ourselves in a solution before the case takes on a certain “life of its own” once it is filed in court.  Indeed, once a case is filed, there is a certain expectation of a conviction.  If an attorney can delay the filing of the case, this expectation is avoided and a solution often can be reached.