The conduct constituting the violation was moving and then failing to update his new residence with local law enforcement, who would then update the sex offender database, within the required five days after he moved (under Penal Code §§ 290(b) and 290.013(a)). 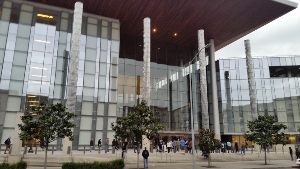 Greg Hill & Associates was retained early on by the client’s family, as the client was held without bail (bail is discretionary in probation violation cases and when there is a sex offense at issue, perhaps no judge will permit bail).  Greg Hill visited the client in jail the very same day, which happened to be a Sunday.

Greg then appeared in the Long Beach court and, knowing how harsh probation violation matters are handled in Long Beach, endeavored to have the two matters transferred to Torrance Superior Court for more humane treatment.  After all, the offer for a plea bargain in the consolidated cases was two years in state prison if the cases stayed in Long Beach.  This had to be avoided.

Greg Hill, over loud objections from the handling District Attorney in Long Beach, then did so by requesting that the Torrance court agree to accept the transfer of the cases, which the Torrance judge agreed to.  The Long Beach judge did not insist upon “keeping” the cases.

Once the cases were transferred to Torrance, Greg Hill prepared a Sentencing Brief which included a lengthy collection of our client’s certificates and letters from his friends to show the judge in Torrance that he was a “Good Guy” and deserving of leniency in punishment.

Greg Hill also prepared a Supplemental Sentencing Brief with additional information for the court in Torrance to consider.  At sentencing, the Torrance judge sentenced our client to ninety days County Jail, which worked out to be “time served,” as our client had been in jail for sixty days already (he was given good time credit for 30 more days) and he was immediately released.

Our client and his family were very appreciative of saving one year and nine months of prison time by moving the case to Torrance.