Our client, age 56 in 2009, was arrested by the Los Angeles Police Department for solicitation of prostitution (Penal Code § 647(b)) along westbound Pacific Coast Highway, just east of Western Avenue, in Harbor City.  The police were operating a sting operation in the late afternoon on a weekday.  He was tremendously embarrassed by the incident, as he was married with two grown children.

The Point of This Summary:  Client has conviction for solicitation of prostitution (Penal Code § 647(b)) out of the Long Beach Superior Court expunged, which he greatly appreciated because he was on the board of directors of several prominent organizations who ran background checks and he did not want this conviction to cause his resignation.

Following the citation for solicitation of prostitution, he was convicted of this offense and placed on three years of informal, or summary, probation out of the Long Beach Courthouse.  He utilized the services of a public defender and failed to have the charge reduced to trespassing or disturbing the peace, as was common in 2009 (in 2019, this is more difficult due to human trafficking issues).
Nine years later, in 2018, the client called our office to have the conviction expunged because he was on the board of directors of several prominent organizations.  He was a well-known architect who had been with the same large firm for 35 years and he was thinking about retirement. 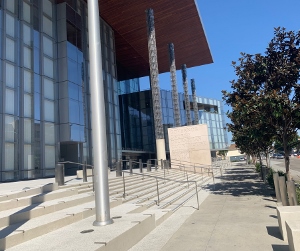 He knew that one of the organizations he was a board member for was going to do background searches on all the members during the next year and he wanted to have no problems.
He discussed his situation with Greg Hill, who explained that “expungement,” as the term is used in California, does not remove, erase or delete the conviction from one’s record, as it apparently does do in other states.  The term “expungement” implies a sponge soaking up and removing a mess, but that is really not what expungement did.  Instead, expungement (as provided at California Penal Code § 1203.4) allows a judge to change the last plea in the case back to “not guilty” and to dismiss the case.
The benefits of expungement allow one to legally answer “no” to employment applications that ask if one has ever been convicted, at least in reference to the case receiving relief under § 1203.4.  There are certain exceptions to this, i.e. if one is applying for a government job, one is applying to run a state lottery or one is running for public office.
Second, expungement allows one an improved chance of being licensed in the state of California for many professional licenses, or to maintain one’s license.
For our client, he was more concerned about being able to legally state he was had never been convicted of any crime.
Greg Hill & Associates then prepared the petition, supplementing it with a supplemental points and authorities and a declaration from our client.  This was then filed and served to the Long Beach City Prosecutor’s office.  Greg Hill & Associates also paid the $120 filing fee for the petition.
About four weeks later, the court clerk set a hearing date in the Long Beach Superior Court and Greg Hill appeared in court that date. The client remained at work.
The judge assigned to the case granted the petition, much to our client’s relief.
Our client was extremely anxious that he would be asked to remove himself from the board of directors under a cloud of controversy due to the conviction.  As a member of the board of directors of any organization, his position is recognition of good judgement, maturity and wisdom.  To have his solicitation of prostitution conviction brought to light might lead to being asked to resign his positions on other boards as well (including those which did not even perform background checks).  The client was consequently quite happy to have his “guilty” plea replaced with “not guilty” and the case dismissed.