Our client was charged with one count of driving under the influence of alcohol (Vehicle Code Section 23152(a)), a misdemeanor. This case was somewhat unusual because, while he provided a blood sample and it was measured for its blood alcohol content, which exceeded 0.08%, he was not charged in court with a violation of Vehicle Code § 23152(b) for reasons described below.

In a Nutshell:  DUI with a client who had a 0.12% BAC when driving, according to the prosecutor (but a measured 0.09% BAC by blood sample), was resolved for speeding when we point out the alleged swerving did not violate the Vehicle Code. The DA apparently understood this and curiously abandoned even seeking a conviction for DUI.

Police stopped our client at approximately at 2:40 a.m., as he allegedly was weaving in and out of his lane in violation of Vehicle Code section 21658 near LAX. At the time of the alleged weaving, there were no other cars on the road nearby. Police also alleged our client was speeding. Our client had no passengers.

More than two hours later, he gave his blood sample and it showed he had a blood alcohol content (“BAC”) of 0.09%. As blood alcohol content generally drops by 0.018% per hour, the District Attorney at the Airport Courthouse told us that this meant our client actually had a 0.12% BAC when driving just before being arrested. 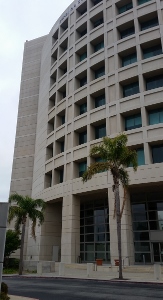 Greg Hill of Greg Hill & Associates pointed out to the DA that the arrest was unlawful because there is no violation of Vehicle Code section 21658 unless our client impeded another driver or endangered the safety of a pedestrian or bicyclist. Greg directed the DA to People v. Carmona (2011) 195 Cal.App.4th 1385; 2011 DJDAR 7744 (May 27, 2011), which says this. The police report in this case did not state anything about our client affecting another driver, pedestrian or bicyclist.

The District Attorney must have had a similar case where such an argument prevailed for the defendant, so she quickly offered to dismiss the DUI charge if our client agreed to plead to misdemeanor speeding, but with the agreement that our client attend the three month alcohol awareness program (also called the “First Time Offender Program” or AB541 program), pay a $300 fine, plus penalties and assessments, and submit to 36 months of summary probation.

Greg then discussed the offer with the Client, explaining that at a hearing on a motion to suppress, which is what Greg could file with the court for a hearing, a police officer is allowed to testify to facts not stated in his police report. As Greg had experienced many times, a case may appear well-suited for a motion to suppress, only to have a clever police officer conveniently “remember” critical facts never stated in the police report. While such surprise testimony is often obviously a lie meant to rescue an otherwise illegal traffic stop, judges have discretion to accept the testimony as true, especially in DUI cases. Greg explained that this could very well happen.

Taking this into consideration, our client accepted the plea bargain, as with a 0.12% BAC while driving his car, he was resolving his case with neither a DUI nor a “wet reckless” to ruin his record.

For more information about improper traffic stops, click on the following articles: