Our client, age 34, was returning home after work.  It was a weekday well before sunset and he was heading southbound on 60th Street West, nearing the intersection with Highway 138, also known as Avenue D.  He was driving a 2007 Ford Focus.  To drive from his work to this location took our client approximately an hour.
Ahead of him was a small sedan, a 2006 Scion, with four occupants, a husband, a wife and two of their children, ages five and thirteen.  The Scion had come to a stop or was in the process of yielding to crossing traffic on Highway 138.  Our client’s car then rear-ended the Scion, pushing it into the path of a 2018 Ford F-250 with two female occupants.  The F-250 then collided with the Scion as well as our client’s car.
The collision left the female driver of the Scion dead at the scene.  Her husband suffered a broken femur and other less severe injuries.  One child in the back seat suffered facial fractures; the other suffered, miraculously, just bruises.
The seventy-nine-year old passenger in the pick-up truck suffered significant spinal and neck fractures, succumbing to the injuries about a month later.  The driver of the truck, age 57, suffered a broken sternum.
Our client’s car came to rest on its top in a ditch nearby.  Our client climbed out of the car, uninjured and called his wife. 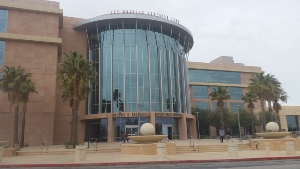