Home
Other Information
Criminal Defense Articles
Is There a Forensic Evidence Hearsay Exception in DUI?

Is There a Forensic Evidence Hearsay Exception in DUI?

In California, if one is arrested for DUI and given a blood test, the blood is tested at a local facility.  The laboratory creates a report, wherein an employee of the laboratory certifies that the blood was tested according to certain protocol.  The report is specifically created to serve as evidence in a criminal prosecution.

The Gist of This Article:  The Bullcomings v. New Mexico case is a U.S. Supreme Court decision that every DUI defense attorney worth his salt should know well.  This article discusses why blood test results are looked upon by the U.S. Supreme Court as “ripe for cross-examination” and how the business records exception should not apply.

In DMV hearings related to the DUI, the report is admitted with no chance for cross-examination of the analyst under a Government Code provision that allows the admission of hearsay in an administrative hearing.  DUI lawyers grumble about this because they cannot cross-examine the analyst and there are issues whether such a Government Code provision really should apply to this type of evidence.

In court proceedings involving DUI, the report’s admission is met with more of a fight.  Sometimes, they are admitted under a business records exception to the hearsay rule, which makes some DUI attorneys extremely upset.  Sometimes, another analyst will certify that the report was made by the analyst, although the certifying analyst may never have seen the blood being tested.  This also upsets DUI attorneys. 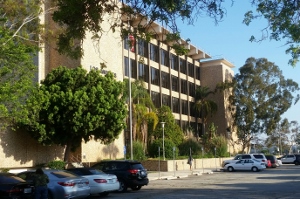 A little background is helpful for understanding Bullcoming and why it helps DUI defendants here in California.  A few years ago, in 2009, in a case called Melendez-Diaz v. Massachusetts, the U.S. Supreme Court held that a lab report, wherein an analyst stated that a suspect substance was cocaine, was not admissible unless the analyst was available for cross-examination.  The Supreme Court reasoned that the lab report was “testimonial” because it was prepared principally (if not only) for prosecution.

As it was “testimonial” in nature, the Sixth Amendment’s right to confront an adverse witness attached.  Therefore, in Melendez-Diaz, the Supreme Court reasoned the defendant had a right to inquire of the analyst about his procedures, proficiency and any problems with testing of the suspect substance.  But the holding seemed to be limited to narcotics cases – until Bullcoming in 2011. 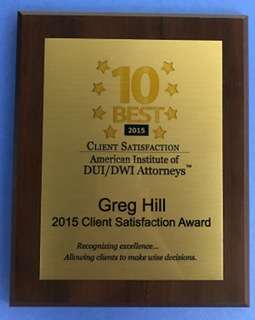 Bullcoming was an interesting case in many ways.  Mr. Bullcoming rear-ended a pick-up truck and fled the scene.  Police caught him and gave him a blood test.  His BAC was almost three times the legal limit.  A “certificate of analyst” was attached to the blood alcohol results, similar to what we see in California here when blood is tested and the results come with a “Certification of Blood Alcohol Results.”

The U.S. Supreme Court in Bullcoming found the analyst’s certification ripe for cross-examination because the testing he performed was susceptible to errors.  The analyst, after all, had to make sure the blood sample came with an unbroken seal, had to ensure the forensic report number matched the sample number, had to test the sample according to a precise regimen and he had to write remarks if there was any circumstance affecting the sample or the test validity.  The attorney for Bullcoming therefore had a right to cross-examine the analyst.

The attorneys for the state of New Mexico argued that making the analyst appear in court in every prosecution was an undue burden.  The U.S. Supreme Court dispensed with this argument by essentially saying convenience cannot trump Constitutional rights.

There is even an argument that such law would apply to even a DMV hearing.  Time will tell.

For more information about evidentiary issues, most often at play in DUI and drug matters, click on the following articles:
For case summaries of selected DUI cases our firm has handled, click here.