The Sixth Amendment of the U.S. Constitution guarantees the right of an accused to question “witnesses against” an accused.  This right is termed the “Confrontation Clause,” as it permits one to cross-examine a person whose testimony might support a conviction.  This fundamental right is meant to ensure a trial is fair.

The Point of This Article:  The Sixth Amendment right to confront witnesses is not violated when an expert testifies about a lab report he or she did not prepare.  We think this opinion is legally wrong.

In a rape case, DNA evidence from a victim is often sent to a laboratory for examination to see if it matches a suspect’s DNA.  The laboratory’s report is hearsay, as it is an out-of-court statement being offered for the truth of the matters stated therein.  However, the report may be admitted into court if the defendant had an opportunity to cross-examine the analyst who prepared the report (i.e. to question if the person followed proper procedure, if the person was sufficiently trained, if there were any problems during testing that affect the certainty of the results, etc.), but the analyst is then unavailable at time of trial. 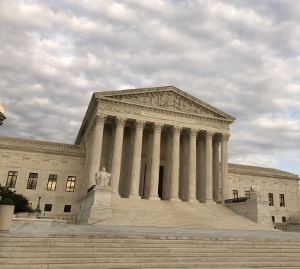 U.S. Supreme Court
In two recent U.S. Supreme Court cases, Melendez-Diaz v. Massachusetts (2009) 557 U.S. 305 and Bullcoming v. New Mexico (2011) 564 U.S. 647, the U.S. Supreme Court held that scientific reports could not be used as substantive evidence against a defendant unless the analyst who prepared the report was subject to cross-examination.
In other words, the Sixth Amendment’s Confrontation Clause seemed to protect the defendant from some analyst who could prepare a damming, sloppy and unreliable report and then hide away without being cross-examined about their work.  Melendez-Diaz and Bullcomings seemed to mean a prosecution could not succeed unless the laboratory analyst testifies and the report’s credibility is evaluated.

In the recent United States Supreme Court case of Williams v. Illinois (2012 DJDAR 8091), a defendant’s right to solid evidence seems to have taken a step backwards.  In Williams, a swab sample was taken from a rape victim.  The sample was then taken to an outside laboratory.  A sample of Williams’ blood was then taken by the Illinois Police lab to the outside lab, which then matched it to the swab sample.

Williams’ counsel objected to the expert’s testimony insofar as it involved events at the outside laboratory because the Sixth Amendment’s Confrontation Clause guaranteed Williams the right to cross-examine the analyst who did the testing and found the match.  The trial court overruled the objection and Williams was convicted of rape.

Williams appealed the ruling to the Illinois Court of Appeal and the Illinois Supreme Court, both of whom held that the expert’s trial testimony did not violate Williams’ confrontation rights because the outside laboratory report was not offered into evidence to prove Williams’ guilt of rape, but only to prove the truth of the DNA match.

Williams thought this reasoning was wrong, so he appealed to the United States Supreme Court.  The U.S. Supreme Court, however, agreed with the Illinois Supreme Court, noting first and foremost that because the case was a bench trial and not a jury trial, an expert may disclose inadmissible evidence.  The U.S. Supreme Court commented that a judge would be able to draw a distinction between the limited testimony of the expert and resist making a wider, wholesale conclusion that there was a proper chain of custody and all protocol was followed.  Moreover, the U.S. Supreme Court noted that the victim pointed out Williams in a line up and identified him at trial as her attacker.

Consequently, Williams’ appeal was denied and his conviction was upheld.
The citation for the U.S. Supreme Court ruling discussed above is Williams v. Illinois (2012) 567 U.S. 50, 132 S. Ct. 2221, 183 L. Ed. 2d 89.
For more information about the Sixth Amendment, click on the following articles:
Contact Greg Hill & Associates