The Sixth Amendment & Asking Witness About a Lab Report

In Crawford v. Washington (2004) 54 U.S. 36, the United States Supreme Court addressed the issue of whether laboratory reports constituted “testimonial” statements.  If a statement, even in a laboratory report such as concerning a DUI defendant’s blood alcohol content (BAC) or concerning the presence of illegal narcotics taken from a drug defendant’s possession, is testimonial, a defendant has a Sixth Amendment right to confront the laboratory employee who conducted the test and prepared the statements in the report.

Summary in 50 Words or Less:  A lab report, for example in a DUI or drug case, where the laboratory worker records contemporaneous observations like measurements, are not testimonial.  However, when the report identifies the suspect, i.e. in a DNA comparison analysis, the report is testimonial in nature and the Sixth Amendment right to cross-examine the analyst applies.

The California Supreme Court, in People v. Geier (2007) 41 Cal. 4th 555, then defined what types of statements in lab reports are “testimonial.”  The Geier court held that a laboratory worker’s recordation of contemporaneous observation were not testimonial, whereas statements in a report about lab results that the employee did not observe are testimonial. 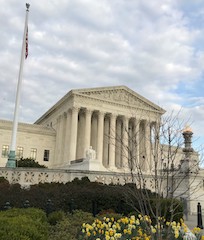 U.S. Supreme Court
When the lab employee makes the statements to a police officer, and if made for use at a criminal trial, it is testimonial.  In Geier, for example, when a state laboratory issues a sworn certificate as to the quantity of drugs involved in allegations against a defendant, the certificates are considered affidavits and thus testimonial.  Melendez-Diaz v. Massachusetts (2009) 557 U.S. 305.  The consequence is that the Defendant then has a Sixth Amendment right to confront the laboratory worker who prepared the document.  This right exists at trial unless defendant previously examined the worker under oath, for example at the Preliminary Hearing, and the witness is legally unavailable for trial.
The prosecution cannot satisfy the defendant’s Sixth Amendment right by having a lab employee testify to the results if he or she did not sign the certification or personally perform or observe the test of defendant’s blood. Bullcoming v. New Mexico (2011) 131 S. Ct. 2705.  In Bullcoming, the U.S. Supreme Court qualified its opinion by noting that such a “substitute” employee might have otherwise been permissible to testify if the “signing” employee who observed or performed the tests was shown to be legally unavailable.  While Bullcoming was a DUI case, its holdings apply equally to an autopsy report in a murder and a toxicology analysis in a drug possession case.

When DNA is involved, our courts appreciate how DNA can identify a defendant as the perpetrator when defendant claims an alibi.  Therefore, the Sixth Amendment right to confront a laboratory worker in cases involving DNA merits widespread attention, at least among lawyers and judges.

Williams v. Illinois (2012) 132 S. Ct. 2221 was one such case.  Williams was accused of rape and claimed he was not the perpetrator.  The trial court judge in Illinois allowed a state forensic biologist, an expert, to testify about her comparison of a DNA sample taken from Williams to those taken from the crime scene.  In doing so, she relied upon a report prepared by a subcontracting laboratory and workers there.  The state forensic biologist said the two samples matched, but no one from the laboratory testified at trial.  Williams was then convicted of rape,

Williams then appealed the verdict, claiming his Sixth Amendment right to confront a witness being offered against him was violated because the author of the report from the laboratory never testified, but the state forensic biologist based her opinion on such a report.

The U.S. Supreme Court ruled that the Sixth Amendment was not violated because the laboratory report at issue did not have the “primary purpose of accusing the targeted individual of engaging in criminal conduct” and did not contain “formalized statements such as affidavits depositions, prior testimony or confessions.  Such types of statement were listed in Crawford as those types of statements that are “testimonial” in nature and back “an indicia of solemnity.”

We think this is a terrible analysis.  After all, why else did the laboratory perform that analysis of the semen samples from the scene?  Why else was it collected?  It certainly was not collected for a clothing manufacturer to study to make more sperm resistant clothing.  Indeed, the reason they collected the evidence at the crime scene was none other than to identify the suspect.

Thus, the Sixth Amendment right to confront a witness and cross-examine him or her is often difficult to see.  Melendez-Diaz  and Bullcoming seemed to strengthen the right, while Williams v. Illinois seems to have diluted the right.  Each case must be viewed on its own and for its parallels to those three decisions.

For more information about the right to cross-examine witnesses and the Sixth Amendment, click on the following articles:
Contact Greg Hill & Associates