The Sixth Amendment to the U.S. Constitution, made applicable to each of the states through the Fourteenth Amendment, contains what is commonly known as the “Confrontation Clause.”  This says that “[i]n all criminal prosecutions, the accused shall enjoy the right . . .  to be confronted with the witness against him.”  This has been interpreted in countless ways, but one important aspect that seemingly all interpretations agree upon is that this means the accused has the right to cross-examine the accuser to probe his or her credibility and thus establish the weight of the accuser’s testimony.

When the accuser is unavailable, there are times when a court will allow a statement of the accuser to be read in trial and avoid cross-examination.  This is when the statement has “adequate indicia of reliability,” which has been interpreted dozens, if not hundreds of ways.  A witness is deemed unavailable if the party seeking to admit the statement has made good faith, although fruitless, efforts to obtain the accuser’s presence at trial.

On August 29, 1997, Marc Merolillo carjacked a vehicle owned by an elderly couple named Chromys.  Merolillo pushed Mr. Chromys, in his seventies, out of the car and drove off with Mrs. Chromys, age 78, in the backseat screaming.

Mrs. Chromys was able to open her door and try to escape the moving vehicle, but she somehow got tangled up in her seatbelt.  Merolillo did not stop, so Mrs. Chromys was dragged along for about 400 yards, banging her head and her body on the road, before she left the car.

Merolillo was arrested after a high speed chase.  Mrs. Chromys died about a month later from an aneurysm, although it was suspected strongly that the horrific carjacking was a factor in her death.  Mr. Merolillo was charged with first degree murder.

The legal cause of death of Mrs. Chromys was hotly debated, as she had numerous pre-existing conditions such as hypertension, atherosclerosis, multiple syndromes and had survived several strokes.

At the preliminary hearing, the autopsy pathologist, Dr. Garber, testified in an inconsistent and conclusory manner.  For example, when asked to describe the mechanism by which a brain injury is fatal, he answered, “it just is.”

On appeal, Merolillo argued that it was error for the trial court to allow admission of Garber’s opinions because Merolillo could not cross-examine Garber, in violation of his Sixth Amendment confrontation clause rights.  The appeals court denied the appeal, characterizing the error as harmless.  The federal district court also dismissed Merolillo’s habeus petition based on the same arguments. 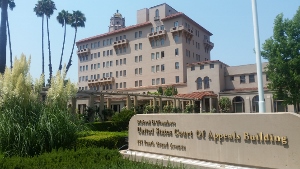 The Ninth Circuit Court of Appeals, in Merolillo v. Yates (the prison warden for the State of California) (2011 DJDAR 17773), reversed, ruling in favor of Merolillo.  In reaching their decision, the court found that the cause of death was critical toward the determination of whether Merolillo’s conviction for murder was proper.  The court found also that the prosecution had not established that Garber really was unavailable, so his testimony, regardless of its injurious effect on Merolillo, should never have been admitted at trial and it went straight to the case against Merillilo.

The conviction was consequently vacated.  Merolillo certainly must have felt relief in this ruling.  The permanent citation for this ruling is Merolillo v. Yates (9th Cir., 2011) 663 F.3d 444.

For more information about the right to cross examine a witness, click on the following articles:
For case summaries of selected cases our firm has handled, click here.