Our client, age 42, went into the Hawthorne Costco at about 2:30 p.m. on a Saturday and attempted to shoplift $303 of items by walking out with such items in her purse.  She was stopped by Costco’s loss prevention officers as she stepped into the parking lot outside the store and headed for her car.

What to Take Away from This Summary:  Shoplifting case arising from the Hawthorne Costco resolved for trespassing (not a crime of dishonesty, which was important to avoid because the client was an RN).  The two-year period of probation was then ended at half-way and the conviction expunged.

Loss prevention made a private person’s detention and marched her back inside the store to an office.  Once in the office, loss prevention asked our client to open her purse, which revealed two DVD’s, a Hurley sweater, vitamins, a Thomas the Tank Engine book for her son and women’s underwear. 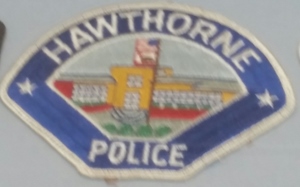 Our client, who worked as a nurse’s assistant at UCLA, was mortified at her poor judgment.  She knew that having a misdemeanor conviction for shoplifting, Penal Code § 484(a) (at the time, now Penal Code § 459.5 if less than $950), would mean the end of her job and financial security.  As a single mom with a young boy, she desperately needed to keep her job.
She called up Greg Hill & Associates and spoke with Greg Hill.  She described what had happened and her employment situation.  She then met with Greg on a Saturday afternoon, as that was her only time available and off from work.
Greg recommended that the client enroll in and complete an online shoplifting prevention course (from Logan Social Services, Tom Wilson Counseling or the National Association of Shoplifting Prevention), which the client did and gave Greg the completion certificate from the course.
Greg then appeared in the Inglewood Superior Court and, over several appearances, was able to plea bargain the case to a no contest plea to misdemeanor trespassing (Penal Code § 602(m)), avoiding the conviction for a crime of dishonesty.
The terms of the plea bargain were that our client was placed on two years of summary probation with an obligation to perform 40 hours of community service, pay a court fee of $100 plus penalties and assessments (total of about $450), stay away from the Hawthorne Costco for two years and pay the City of Hawthorne booking fee.
Our client was very happy with this resolution.  After eleven months of being on probation, our client received an e-mail from Greg Hill and Associates asking her if she had done all requirements of probation except allowing a further thirteen months of probation to pass.  Greg explained that if she had done everything, he could go back to court and ask the judge to terminate probation early, especially if her being on probation was having significant adverse consequences at work.
The client responded that she was interested and that, because she was on probation, her employer had limited her job duties to those that resulted in lower pay, although she did keep her job.  This was the type of adverse consequences of being on probation that often had persuasive effect in helping the judge find good cause to terminate probation early.
Greg explained to the client that if the judge did terminate probation early, she could then seek expungement of the conviction.
The client indicated she was interested in ending her probation early, as it was tough earning less with her young family.
Greg Hill & Associates then prepared, filed, served and appeared in court on the motion to terminate probation early for the client.  The judge granted the motion.
Greg Hill & Associates then prepared, filed and served the Petition for Dismissal (CR-180), with a supplemental memorandum and supplemental declaration from the client.  The judge also granted this petition, also called expungement.
The client was very happy to end this chapter in her life and to return to a higher paying job at UCLA.

For more information about early termination of probation and expungement issues, please click on the following articles:
Contact us.
Serving Torrance, Long Beach, Compton, Airport Courthouses and Other Courthouses.