Our client was convicted of DUI in 2001 in the Inglewood Superior Court.  At the time, she had just come to the United States from Mexico and was 21 years old.  She was struggling to find a job and had been living with a few people from Mexico who enjoyed drinking every day.  So, our client took up the same habit and before long, it led to a DUI.
After she was arrested, her breath was measured and showed that she had a 0.09% blood alcohol content, so such an offense in 2001 would normally be expected to resolve as a wet reckless (Vehicle Code § 23103 pursuant to Vehicle Code § 23103.5).  The client, fearful of being in a jail in the United States, quickly pled guilty at the arraignment once her public defender explained that she would not go to jail if she accepted the plea bargain offered that involved pleading to a DUI.  She followed such advice and indeed was not remanded.
The terms of her plea bargain involved being on thirty-six months of informal, or summary, probation, paying a court fine of $390, plus penalties and assessments, taking a three-month alcohol awareness class (the AB 541 program) and obeying all laws while on probation. 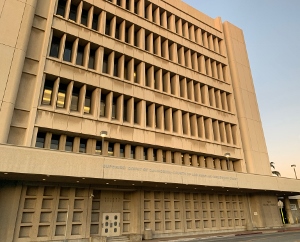 Six months later, however, our client was arrested for a second DUI and the judge found such conduct a violation of probation.  At the time, the client had not enrolled in the AB541 program yet and had not paid the fine.  The judge remanded our client to jail, where she spent eleven days.  These eleven days were then applied to discharging her obligation to pay the $390 fine, plus penalties and assessments, and served as punishment for violating probation.
The judge further modified the terms of probation so that the client no longer had to enroll in and complete the AB541 program, but was now required to enroll in and complete the eighteen-month SB38 program instead.  She was then reinstated on informal probation with 2.5 years more to serve.
Fast forward to 2018 and the client walks into our office, explaining that she wishes to expunge the conviction for the first DUI from 2001.  She explained that she had been working as a janitor for nearly twenty years because no one would hire her otherwise with two convictions for DUI.
The client explains further that she was seeking to become a U.S. citizen and her immigration attorney recommended that she have the first conviction for DUI (as well as her second) expunged.  In response, we explained how expungement does not actually delete, erase or remove the record of the case from one’s criminal history, but does change a “no contest” or “guilty” plea back to “not guilty” and the case is dismissed.  It allows the defendant the legal right to claim he or she was never convicted of the crime, subject to certain exceptions.  The client said she understood and wished to proceed with relief under Penal Code § 1204.4 (“expungement”).
The first thing our office does for any client seeking expungement of a conviction is we verify that the conviction is eligible for relief under 1203.4.  To do this, we first get the docket report for the case to verify that the client successfully granted probation.  In this case, our client did not pay the court fine of $390, plus penalties and assessments, but this was satisfied when she served eleven days in county jail for punishment for violating probation.  She was then reinstated on probation, but with the new obligation to complete the SB38 program instead of the AB541 program.
As it turned out, our client also never completed the SB38 program.  In fact, she never even enrolled in it.
We explained such findings to our client and explained that one could nonetheless still seek relief under 1203.4 “in the interests of justice.”  We explained that the judge could use his or her discretion to deny the request.  The client responded that she still wished to proceed.
Our office then proceeded to prepare a memorandum of points and authorities and a declaration from our client explaining why she asked that the judge exercise discretion in the “interests of justice” to withdraw her plea and dismiss the case.  The declaration explained that our client was facing deportation and had five children here in the United States that were U.S. citizens, so if deported, she would be faced with leaving her children here in the U.S. or pulling them with her back to Mexico, which would be extremely disruptive for their education and future.
We then filed the petition for dismissal, along with the required CR-180 form attached to our client’s declaration and the supplemental memorandum of points and authorities.
Luckily for our client, the prosecutor at the Inglewood courthouse did not oppose the motion and the judge granted the petition, finding that dismissal of the case and changing the plea back to not guilty was “in the interest of justice.”
For more information about expungement, please click on the following articles:
Contact us.
Serving Torrance, Long Beach, Compton, Airport Courthouses and Other Courthouses.