Our client, an illegal alien, was arrested after police officers stopped her vehicle at about 10:30 p.m. when she was allegedly driving without her headlights on. She was leaving a Huntington Beach gas station. This case took place before AB 60 came into effect on January 1, 2015, which mandates that the DMV issue a driver’s license to anyone, even if the person cannot present satisfactory proof of being the United States legally. Of course, such license applicants must still meet all other license requirements, such as proving their identity and showing a residence in the United States.

Our client was extremely concerned about the immigration consequences of the arrest and charges if leading to a conviction. She was also concerned that having a DUI on her record would affect her ability to work as a nanny, which required her to drive children from place to place on a daily basis. Her breath alcohol content (BAC) was measured at 0.10% at the scene with police using a preliminary alcohol screening (PAS) device.

After such a BAC measurement, she was arrested and later released to her boyfriend. The two then contacted Greg Hill & Associates and met with Greg Hill the same day. The client explained the facts and her immigration situation.

The case was filed in the Westminster (Orange County) Superior Court. By looking at the dispatch log and the police report, Greg Hill quickly noticed that the police officer failed to observe our client for fifteen minutes prior to administering the breath test, which is part of the breath machine manufacturer’s procedures. It is also a requirement under Title 17, section 1219.3 of the California Code of Regulations and has been enforced by our courts in Sandra Molenda v. DMV (2009) 172 Cal.App.4th 974.

Moreover, the arresting officer signed under penalty of perjury that he had conducted the test in accordance with the manufacturer guidelines and Title 17, but the dispatch log and arrest report refuted this. This signature was made on the Age 21 and Older Officer’ Statement, also known as the DS-367. 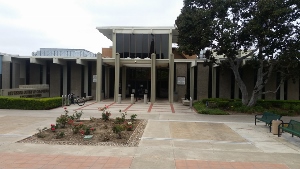 After tremendously acrimonious negotiations, which involved Greg Hill negotiating with the head District Attorney for the courthouse, a plea bargain for the client was reached.

The District Attorney agreed to drop all charges in exchange for our client pleading no contest to a “wet reckless” (Vehicle Code § 23103, pursuant to § 23103.5). The client was happy, as this plea allowed her to state to her employer that she had not been convicted of DUI, helping her maintain her job. It also meant, perhaps more significantly, that she was not mandated by the DMV (once she got her license) to install an ignition interlock device (IID), which is a small breathalyzer device on the steering wheel that unlocks the ignition once the driver (our client) blows into a small tube and her breath is measured. Had she needed to install this in her car, it would have been very embarrassing for her to be seen blowing into the device when picking up the kids from school.

For more information about driving without a valid license, a wet reckless and the immigration issues with a DUI, click on the following articles: