Our client, age 48 and with a thriving film business in Canada before his arrest for DUI, entered into a plea bargain sentencing him to three years of informal, or summary, probation.

In a Nutshell:  Having a DUI conviction and driving in Canada can be tough.  Having the conviction expunged does not erase it, but it does lower the hurdles toward being able to drive in Canada just like one does in the United States, as the following case summary describes.

Little did he know, but Canada would not renew his work permit there because of his status as being on probation for DUI here in the United States.  Without a valid work permit, he would have to terminate his company’s operations in Canada and try to relocate it to Los Angeles.  This would cause him a significant drop in revenue and he would have to lay off six Canadian employees.  He had received notice from the Canadian government that he could no longer operate, but he had not shut down quite yet.  He had three months to wind down, but he was in a panic.

At about the same time, which was the seventeen-month mark of his probation, our office contacted the client, who described his problems with being on probation.  He had otherwise completed all terms of probation, including his alcohol awareness program, payment of fines and payment of the booking fee to the City of Hermosa Beach. 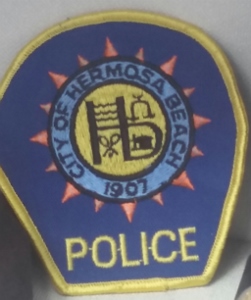 Our office quickly drafted a motion to modify probation under Penal Code § 1203.3(a), complete with a declaration from him of what the collateral effects of probation had caused and argument from our office that the effects of being on probation certainly exceeded the intended scope of probation – preventing recidivism, educating the accused and punishment.

The client went into great detail about how his livelihood was in jeopardy, as well as that of many of his employees.

When the judge in Torrance Superior Court called our client’s case for a hearing, she began with comments that she had “already seen ten of these motions this week.  I do not understand why everyone wants to terminate probation early.  A deal is a deal.  If you take a plea bargain for thirty-six months of summary probation, that is the deal.  The State of California is entitled to the benefit of the bargain, right?”

Indeed, earlier in the morning, Greg Hill had watched this particular judge deny two motions to modify probation brought by an experienced, skilled attorney who frequently appears in the Torrance Court.

Greg Hill’s response to the Court’s rhetorical question was, “Well, your honor, I hope my client is not prejudiced by the number of other folks who happen to be seeking the same thing.  I hope each motion is viewed individually on the merits on its own.”

The judge’s response was defensive and insulted.  She asked, “well, what makes your client so special that he should be allowed to end his probation early?”

Greg Hill then described the six layoffs that the client was forced to make and how, under People v. Allen and Penal Code § 1203.3(a), the judge did have the power to modify probation in special cases.  Greg Hill also asked the Court to consider his client’s sincere remorse and new appreciation for our laws, which being on probation had caused and was noted in our client’s declaration to the motion.

The judge seemed dubious, or at least unwilling to show any agreement, especially after announcing to the entire courtroom, filled with perhaps 50 people, that her posture could be changed.  Sensing this, Greg Hill suggested that the judge take the matter under submission and rule later.

The Court accepted this suggestion, perhaps appreciating Greg’s offer of a way for the judge to put aside an appearance of being unfair.  She later granted our client’s motion by minute order mailed to our office about a week later.