Our client, age 25, was in the United States as the CEO of a software company that employs over 100 people in Australia.  Our client planned on applying for a work visa to remain in the United States.
So, when he was arrested in Hermosa Beach when an officer observed our client at 1:57 a.m. urinating on a palm tree on Pier Plaza, our client became quite anxious about his future in the United States.  Normally, the Hermosa Beach Police Department would just hand the suspect a ticket and ask him or her to sign a promise to appear in the Torrance Superior Court at a later date.
However, our client had a run in with the same police officer earlier in the evening when he fell from the second level of Tower 12 down onto a table below, breaking the table.  When this happened, about four hours earlier, our client was shaken up, but told the officer he was not injured, that he would pay the restaurant manager $200 for the broken table and would head home for the evening.  At the time, our client was quite drunk.  The officer wished him good luck and left. 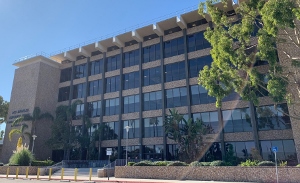 Instead of going home like he promised the police officer, our client stayed in the downtown area and kept drinking, eventually running into the same officer again.
When stopped for urinating in public, our client was asked for his driver’s license.  He allegedly handed the police officer a black card that was his business card.  The officer then asked him where he lived and our client replied “Australia, mate!”  The officer then asked him how he planned on getting home and he said, “I’ll swim!”  With that, the police officer arrested our client for public intoxication at took him to the Hermosa Beach Police Department to spend a few hours.
Once released, the client called our office and retained Greg Hill & Associates.  Greg was able to resolve the misdemeanor case for public intoxication and public urination for misdemeanor public intoxication with one year of informal probation or to end upon the client’s payment of $220 in court fees and the $358 Hermosa Beach booking fee.
The Redondo Beach City Prosecutor handling the case thought the case was one of “aggravated public intoxication” and therefore refused to amend the complaint to resolve the case as an infraction for merely disturbing the peace.  She was particularly upset by the fact that our client had promised the police officer that he would leave the area and did not.  In other words, he lied to the officer after the officer gave him a break by not arresting him for public intoxication and/or trespassing when he fell from the second story of Tower 12 down.  In fact, the initial offer on the case was that our client plea no contest to public intoxication and serve two years on informal (or summary) probation with payment of the booking fee and a $300 fine, plus penalties and assessments (total of about $1,400), but Greg was able to negotiate the fine down to a total of $220 with one year or less of probation.
Greg paid both these fees the same day as entry of the plea, so probation lasted less than one day.  The client was extremely happy with this.
Greg then prepare a petition for dismissal of the complain under Penal Code § 1203.4 (“Expungement”), using judicial council form FL-180 and attaching a supplemental memorandum for the judge, with a short declaration from the client explaining why he sought expungement of the conviction.
Greg then filed the petition for dismissal and served it on the Redondo Beach City Prosecutor.
The expungement clerk in the Torrance Superior Court then set a hearing date on the petition, which the Torrance judge assigned to the case granted.
The client was happy with this result, as it would minimize his challenges over this crazy night in securing his work visa to stay here in the United States for work.
For more information about expungement, please click on the following articles:
Contact us.