Our client, age 29, had been out to a friend’s graduation party and returned home at about midnight. He went to bed, waking up around 11:00 a.m. He quickly ate a small lunch and headed over to his ex-girlfriend’s house to feed her cat.

As he was driving northbound on Monterrey Avenue, as it turned left and downhill toward the ocean, he realized he was speeding. As he did so, he struggled to make the left turn safely. He could not make it and ran into four parked cars, scraping the left side of each car with the right side of his car.

Summary:  Client driving in Hermosa Beach and runs into four parked cars in the afternoon. He refuses to submit to a breath or blood test. Case set for trial. On day one of trial, before a jury was brought into the courtroom, prosecutor offers our client a wet reckless, which our client accepts.

Our client quickly came to a stop after his airbag inflated. He was mad at himself for going so fast. After all, the cat could not tell our client’s ex-girlfriend that that our client was late to feed him. Why hadn’t he just driven normally?

As he got out of the car, a neighbor walked out of his house, curious to know what all the noise was about. He saw our client reaching back into his car to get his cell phone to take pictures of the damage. He yelled at our client not to leave the scene.

Our client responded by explaining he was getting his cell phone and not leaving. This did not seem to appease the onlooker, who called the police, describing our client as drunk and stumbling around.

The Hermosa Beach police arrived at the scene and immediately launched into a DUI investigation. They had our client look straight into the sun while performing the horizontal gaze nystagmus test and decided he failed the test. They then asked our client to perform certain tests of balance and our client declined. He also refused to submit to a preliminary alcohol screening (PAS) test, protesting that he had not drank any alcohol since the night before.

It was noteworthy that officers wrote in the police report that he did not emit the odor of alcohol.

The police then handcuffed our client and took him to the Hermosa Police Station, where he was booked for DUI, a violation of Vehicle Code section 23152(a). Our client then declined to submit to a breath test at the station. The police did not attempt to get a warrant to have our client’s blood drawn either.

The client was released the next morning and called Greg Hill & Associates. The client spoke with Greg Hill and described what had happened. He explained that he did not drink any alcohol that morning and was just going too fast around the turn. 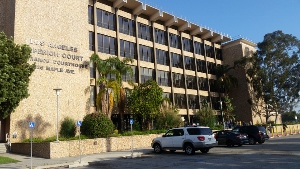 Greg later appeared at the arraignment in the Torrance Superior Court and received the initial plea bargain offered in the case: the client would have to plea “no contest” to a DUI, after which time he would be placed on thirty-six months of summary probation with an obligation to enroll in and complete the nine-month alcohol awareness program (AB1353), pay a court fine of $500 plus penalties and assessments (total of about $2,200), attend the Hospital and Morgue (HAM) program and the Mothers Against Drunk Driving (MADD) Victim Impact Panel (VIP).

Greg looked through the police report and pointed out to the prosecutor that police detected no odor of alcohol from our client.

The prosecutor’s response was, “yes, but look at his criminal history. He must have been drunk.”

This response was not sound and Greg knew that a jury was the only way to vindicate our client. Therefore, at the first pre-trial, Greg asked the judge to set a trial date. Greg then retained a DUI expert who had testified over 3,000 times on the issues involving DUI.

The case then arrived at the day for jury trial. Greg had filed six motions in limine, proposed voir dire questions for the judge to ask jurors, a proposed exhibit list, proposed witness list and special jury instructions dealing with a refusal to submit.

The prosecution then proposed that the case resolve as reckless driving only with the DUI being dismissed. Our client accepted this offer, as he indeed was driving recklessly when he collided with the parked cars.

After entering into the plea bargain, the client felt good that the case was resolved, but remarked that it was sad how hard one had to push to get to a resolution that fairly reflected the conduct and not one’s prior criminal history.

For more information about trial, refusing a DUI test and probation violation issues, please click on the following articles: