Home
Other Information
Criminal Defense Articles
What Is a “Trial Tax?” Why Should I Consider This?

What Is a “Trial Tax?” Why Should I Consider This?

Clients often ask how the judge will sentence them if they are convicted at trial.  The answer to this naturally depends upon how the evidence is presented at trial and, consequently, how culpable the judge considers defendant.  The time it takes for the jury to come to a decision of conviction is perhaps the most easy measure of this, as it suggests how long a jury deliberated and debated the facts and struggled to reach a conviction.

About This Article Briefly:  A trial tax is an increase in punishment from the last plea bargain offered, representing a “tax” to reflect the extra cost imposed on the judicial system for pulling fourteen people (12 jurors and 2 alternates) from their jobs for the duration of the trial and imposing extra work on the court staff for rejecting the last plea bargain.

Of course, if the client believes he has a good chance of being found not guilty, accepting any offer of punishment is certainly a bitter pill to swallow to avoid the risk of being found guilty.  In such circumstances, the client may want to have a jury trial to vindicate his innocence. 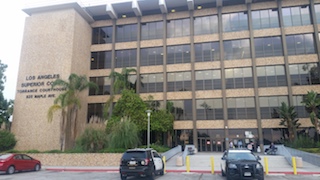 Torrance Courthouse
Going to trial and trusting a jury is a big decision.  After all, the last offer from the prosecution is usually not the same sentence imposed by a judge after trial.  Often, the prosecution will propose a plea bargain with terms that are far better than the minimum sentence a judge would have to impose were the client convicted at trial.  Therefore, it makes practical sense, although it may be difficult, for the client to accept the last plea bargain offered if he believes he would be convicted.
If the jury finds our client guilty, it is common for the judge to impose a sentence harsher than the last offer from the prosecutor because the client has taken up the judge's time and not been successful in proving his innocence, taken up jurors’ time away from work and their families, imposed costs upon the State of California and taken the judge’s time away from other cases.  Multiple police officers may also need to be subpoenaed to trial, which is expensive for the state, and trial exhibits may be prepared that can be expensive.  Witnesses must come to court, missing work, as well.  The sentence is thus the last offer, plus punishment for taxing the system's resources, a "trial tax."

Our office has gone to jury trial more than once based upon a client’s assurance that a witness will not show up to testify, but then that witness does show up much to our client’s surprise.  We have also had witnesses fail to appear that our client promised were willing to come to trial, but in the end abandoned our client.  In other words, trial involves risks, some which may involve witness availability.  Other risks include being confronted with impeachment material, empaneling an unsympathetic jury, being transferred to another courthouse with a completely different jury pool (i.e. being transferred from mostly Caucasian Torrance to mostly African-American Inglewood), having a judge who is exceedingly nice to the prosecution or having a key witness perform poorly on the stand.

Returning to the original question of how much one will be sentenced if one goes to trial, there is no easy answer to such a question, as each case is different.  There are risks no one can control.  Yet being aware of the “trial tax” can help one make a more intelligent decision of whether to go to trial.