Home
Other Information
Criminal Defense Articles
Is It a Right to Have My Family in Court During Sentencing?

Is It a Right to Have My Family in Court During Sentencing?

In a Nutshell:  Packing a courtroom during sentencing with small children and sobbing grandparents related to defendant can be seen as disrespectful to victims of the crime and the judicial process, but it is allowed under the Sixth Amendment’s Right to a Public Trial.

However, some prosecutors and some judges resent this, especially when young children yell out, perhaps after being instructed to do so, “Daddy, why can’t you come home now?”  Judges and prosecutors also feel manipulated when a defendant’s grandmother sobs loudly or a mother cries, muttering, “my baby, my baby, he did nothing wrong!”

This author has heard prosecutors call such tactics pathetic, manipulative and “real Academy Award level acting.”  It is this author’s belief that packing the courtroom to inspire leniency in punishment or an acceptable plea bargain can and does work, but it can be interpreted as disrespectful. 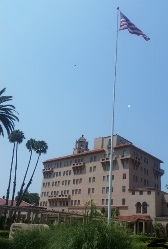 David Rivera was a member of the Mongols motorcycle gang and one of seventy nine gang members named in an eighty-six count indictment in federal court in California.  The indictment charged racketeering, narcotics, weapons and money-laundering offenses.  Rivera himself was charged with possessing 214.4 grams of methamphetamine.  It was further alleged that Rivera had an extremely lengthy criminal history.

Pursuant to a plea agreement, Rivera pleaded guilty to transporting the large quantity of methamphetamine.  His guilt was overwhelmingly clear and obvious.  However, the judge’s decision on sentencing was not, although it was clear the sentence could be quite long.

Prior to the sentencing hearing, Rivera’s counsel submitted a sentencing brief and requested that Rivera’s family, including his seven year old son, be present during sentencing.

The court granted his request.

At the sentencing hearing, the judge commented,

“And I will have to tell you something, and this is almost universal with all the
people involved in this case, they spend all their time, you know, out in
the streets engaged in an awful lot of unsocial activity, some of it criminal,
but then on this day, on this sentencing day, then all the family comes
rolling in, family that they should have been spending time with as
opposed to associating with these unsavory characters, and I find it
particularly distasteful when the young children are used. . . . This is not
the place.  This is not the time, and the Court is not impressed.  Matter of
fact, I take a very, very dim view of using children in this way.”

The judge then went on to comment that “one day, eight children under the age of six were paraded here in this case.  That is just shameful . . .”  The judge then continued the hearing, asking that when the hearing were continued, “only the people involved be present,” i.e. not the “sentencing props” such as children and grandmothers.  When the hearing was reconvened, the judge sentenced Rivera to 97 months in prison.

Rivera appealed his sentence, arguing that the judge’s exclusion of his family during sentencing violated his Sixth Amendment Right to a Public Trial under the U.S. Constitution.  In United States v. David Rivera (2012 DJDAR 8577), the United States Court of Appeals for the Ninth Circuit agreed with Rivera.

In its ruling, the Court of Appeals held that the Sixth Amendment rights are meant to uphold certain values throughout the proceedings, including to “remind the prosecutor and the judge of their responsibility to the accused and the importance of their functions,” quoting United States v. Ivester (9th Cir. 2003) 316 F.3d 955, 960.  This responsibility is a “grave responsibility” toward the community and toward having a fair proceeding, including during sentencing.