Our client, age 31 when arrested for DUI in Hermosa Beach, had a promising career with a cruise ship company that did a significant amount of business in Canada.

The underlying case stemmed from an arrest where he was stopped along Pier Avenue after he had left a restaurant on the Pier Plaza area in downtown Hermosa Beach.  It was just after 2:00 a.m.  He was returning to Long Beach, where his cruise ship was in port.

An officer with the Hermosa Beach Police Department stopped our client literally 100 yards after he pulled out from the new main downtown parking lot just north of Pier Plaza.  Our client strongly suspected that he was stopped just because it was 2:10 a.m. and most people leaving the bar area downtown had been drinking. 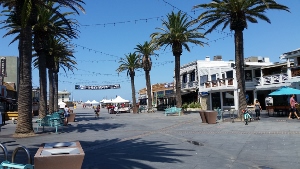 The client had no prior criminal history.

However, due to this arrest, he was denied entry into Canada, which became a significant and embarrassing issue for him at work when his cruise ship docked in Canada in Vancouver and other western Canadian ports.  His employer was patient with him, but he sensed that it would not allow him to continue with the company too much longer with such a career limitation.

The client had already reached 18 months of the 36 months of summary probation and had complied fully with all terms except the passage of 18 more months to fulfill the full term.

Our office then filed a motion for early termination of probation under Penal Code § 1203.3(a), which the Torrance judge hearing the case granted.  Our client was overjoyed, as the certified minute order then allowed him to show Canadian authorities he was no longer on probation.

For good measure, our office then followed through with filing a petition for dismissal (expungement), which the court also granted.  This was good, as well, for our client in his dealing with Canadian authorities and his employer.  It merits mention that expungement of a DUI conviction is discretionary under Penal Code § 1203.4(c)(1), as Vehicle Code § 23152 is included in a list of offenses referred to in Vehicle Code § 12810, which is referenced in 1203.4(c)(1).

Our client took the signed order with him to Canada the following week and was granted entry into Canada for the first time in nearly two years.  His job was preserved and he was quite happy.  His employer was also happy with this development.

It should be further noted for the reader that this summary is based on a case from 2012.  Since that time, judges in Los Angeles, Orange, Riverside and San Bernardino are less receptive to such motions for early termination of probation.  Such motions used to be granted very easily.

Now, judges look at such motions with more skepticism and want to see compelling reasons why probation should be terminated early.  This is most commonly difficulty getting a job, being stuck in a low paying job and being passed over for pay increases or promotions due to the defendant being on probation or, in unusual circumstances, a situation such as this, where another country’s laws have a prohibitive effect on probationers.