Our client, age 21 in 1998, was convicted of felony commercial burglary after being caught with four neckties he stole and then tried to return for $380 in cash at the Glendale Nordstrom.  Our client was sentenced to sixteen months in state prison, for which he served eight months and was released.

The Reader’s Digest Version:  Client enters into plea bargain in 1998 to a felony for commercial burglary.  In 2018, after turning his life around, wants to travel to Israel to visit family still there and to become a naturalized U.S. citizen, but cannot with the felony conviction on his record.  Our office files a petition in the Glendale Superior Court to reduce the felony to a misdemeanor under Prop 47, which is granted, and then we file a petition for dismissal (expungement), which is also granted.

In 2014, Proposition 47 was passed into law by voters.  It allowed those folks with certain convictions involving minor theft and possession of certain controlled substances to ask a judge to resentence him or her, permitting that individual to end suffering the stigma and limitations imposed by being a convicted felon (i.e. licensing, employment, immigration, volunteering at school, housing, getting a loan, etc.).
Our client was affected greatly by having such a conviction on his record.  He had emigrated to the United States from Israel as a teenager, but never became a U.S. citizen.  This prevented him from traveling back to Israel to visit family still living there. 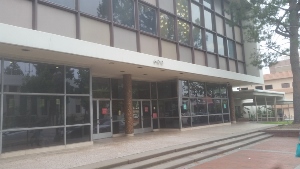 After being released from prison, our client turned his life around, going to a prestigious four-year college (U.C.L.A.) and graduating.  He then worked several different jobs, but eventually came to own his own business that required a state license, for which he was barred because of his felony conviction.  His wife, who had no felony conviction, thus became the business’ license holder, although she did not do as much work as her husband, our client.
Our client thus wanted to have his felony conviction reduced to a misdemeanor shoplifting conviction as Penal Code § 459.5 so he could become a naturalized U.S. citizen and become eligible for the state license his wife held.  Becoming a naturalized U.S. citizen would allow him to travel to Israel and back to the United States with no problems.
He thus called several lawyers, but finally retained Greg Hill & Associates.  He explained his family situation, his business needs and his desire to shed the stigma of being a convicted felon.
Greg explained that he could file a motion in the Glendale Superior Court under Penal Code §§ 1170.18(f) and 1170.18(g) (collectively, Prop 47) for reclassification of his felony Penal Code § 459 conviction as a misdemeanor conviction for violating Penal Code § 459.5 (shoplifting).
Greg then prepared this motion, which included a discussion of the sentencing factors under the California Rules of Court and a declaration from our client explaining his need for reclassification of his felony to a misdemeanor.  The declaration included our client’s resume, family photographs and awards his business had received from the city where it was.
Greg Hill & Associates then filed the motion in the Glendale Superior Court and served the Glendale District Attorney’s Office.
On the day of the hearing, our client came to court with his wife.  Since it was still a felony, he had to appear.  The judge granted the motion, commenting that he thought the motion was well-written and well-taken.
The client and his wife were so excited, they could not stop smiling.  It was one of the few cases in which the work of a criminal defense attorney is truly appreciated.  The client and his wife were eager to visit their family back in Israel.
Greg Hill & Associates then filed a petition for dismissal of the charge, Penal Code § 459.5, which was granted by the same Glendale judge.
For more information about Prop 47 and expungement issues, please click on the following articles:
Contact us.
Serving Torrance, Long Beach, Compton, Airport Courthouses and Other Courthouses.