Our client suffered a DUI conviction in 2006 when he was 36 years old.  The arrest was in Gardena and the case was prosecuted in the Torrance Superior Court.  Now 47 in 2017, he contacted our office about having the conviction expunged because he was working his way up to president of a small company and he did not want such a conviction (one of two DUI’s) stigmatizing his name or his company, were he to become president.

In a Nutshell:  DUI conviction from eleven years earlier expunged in Torrance to help client’s record look better, as he was potentially being promoted to president of a small local business. 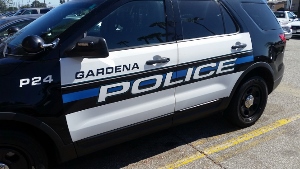 Since 2006, he had worked hard in a local wholesale and retail business specializing in the shoe industry.  By 2017, he had been with the same company for 18 years.  The business had grown over the years and become moderately successful.  This success allowed our client to become mildly wealthy and his family moved to Rancho Palos Verdes.
After Hurricane Harvey struck Houston, Texas, he sent thousands of dollars of shoes there to help the survivors.  Similarly, closer to home, he donated his LA Rams season tickets to the Boys and Girls Club of San Pedro.  He was trying to become respectable, as he and his wife had an eleven-year-old daughter.
However, his two DUI’s were skeletons in the closet that he wanted cleaned out, so he contacted Greg Hill & Associates.  In discussing the convictions with Greg, the client explained that he was concerned how such a record might negatively affect his becoming president of the company he had worked for.  In response, Greg explained that expungement did not actually erase, delete or remove the record entirely, but did change the “no contest” plea to “not guilty” and changed the disposition of the case from convicted to “dismissed.”  This was acceptable to the client.
Greg Hill & Associates then prepared the Petition for Dismissal (also called an expungement motion by others), including the CR-180 judicial council form and a supplemental memorandum of points and authorities with a declaration from the client and filed it with the Torrance Superior Court.  The court then assigned the petition a hearing date and Greg appeared to argue the petition.
The District Attorney assigned to the matter argued that the judge should deny the petition because the client was arrested and convicted of a second DUI after the first one.  However, the judge commented that such facts did not bar our client from the relief sought because the only requirements were that defendant be charged with an offense eligible for relief under Penal Code § 1203.4 (DUI is eligible), that the client successfully complete probation (which the client did), not currently be on probation, on parole, in custody or facing another case (which was true) and that the client pay the $120 filing fee (which our client did).
Accordingly, the judge in Torrance did grant the petition for relief, which made the District Attorney visibly upset.
Greg then let the client know the judge’s ruling, which was a great relief for the client.  About two weeks after the ruling, our office received the signed order of dismissal, which we forwarded to the client.
The client then made plans with our office to file a further petition for dismissal under Penal Code § 1203.4 of his second DUI.
It merits mention to the reader that under Penal Code § 1203.4(c)(1) and (c)(2), a judge can deny a petition for dismissal under 1203.4 (“expungement”) if the client is convicted of certain convictions listed under Vehicle Code § 12810(a) through (e).  One of those convictions is for DUI.  Many judges and prosecutors are unaware of this provision and it is rarely brought up here in Los Angeles County, although it is apparently quite common for a judge in certain Northern California counties to exercise its discretion under 1203.4(c)(1) and (c)(2) to deny expungement of a DUI there.