Our client, age 36, went to the Normandy Casino to gamble a bit and have a few drinks before reporting to work at 3:00 a.m. He owned a donut shop in Gardena and needed to get to work early to supply his regular customers.

After he left the casino, he was immediately followed by a police officer. The client went westbound on Redondo Beach Boulevard and then turned south on Vermont. The officer followed him the entire route. At Artesia, our client pulled over to the right side of the road to light a cigarette once stopped. The traffic light for our client’s direction of travel was green, so this caught the attention of the police officer, who believed our client was stopping in front of a green traffic light.

In a Nutshell:  Client arrested after leaving Normandie Casino, his second DUI in 12 years, but first within last 10 years. Gardena Police officer claims client swerving and lane straddling, but the MVARS tape shows this did not happen, but he did run a red light. Case resolved in Torrance Court for minimum first-time DUI terms.

After the police officer pulled over our client, she had him blow into a preliminary alcohol screening (PAS) device even before having him perform field sobriety tests, which is unusual.

His blood alcohol content (BAC) was 0.10%, so the officer simply arrested our client. She never administered any field sobriety tests.

The client appreciated that this approach was unusual, as he had suffered a conviction for DUI sixteen years earlier when age 21.

Once at the police station, she was more methodical and careful, as she was mindful of observing our client for a full fifteen minutes before asking him to submit to a breath test. On this test, his BAC measured 0.12%. This took place just 24 minutes after the PAS test.

The client was released in the morning and immediately called Greg Hill & Associates. Greg listened to the client explain what happened and Greg had trouble believing that the police officer completely skipped any field sobriety tests.

Greg then discussed the rising BAC issue and how the PAS test results might be accorded less weight by the prosecutor or a jury because the police officer violated the manufacturer’s guidelines as well as those under Sandra Molenda v. DMV, a case most criminal defense attorneys are familiar with. 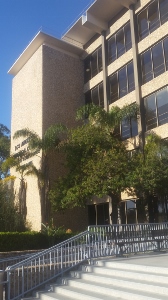 Torrance Superior Courthouse
Greg then appeared for the client in the Torrance Courthouse for his arraignment and discussed the abnormalities of the case with the prosecutor. The first prosecutor, in Department 3, appreciated the abnormalities and the problems this might pose for the jury in reaching a conviction. Greg then reviewed the MVARS after the case was transferred upstairs to another courtroom.

The prosecutor upstairs was considerably younger and in fact was in just her first year of practice. She became quite emotional and even enraged at Greg for requesting a wet reckless in light of the MVARS not matching the police report, the rising BAC issues and the police officer’s violation of the PAS manufacturer guidelines. In fact, she increased the offer from a three-month alcohol awareness program to a six-month alcohol awareness program in light of our client’s DUI from 16 years earlier.

Greg knew that the prosecutor was responding in bad faith. Therefore, he asked the judge if he could approach to discuss resolution of the case. The prosecutor then explained her offer and the judge laughed at her. He then asked the prosecutor if she thought such a tough approach was wise. The DA responded by allowing our client to accept the original offer.

Our client was relieved that Greg was able to steer the case back to a reasonable offer and prevent the overzealous prosecutor from penalizing Greg for diligently arguing the facts.