The Gardena Police Department stopped our client while he was driving northbound on Western Avenue near Redondo Beach Boulevard. He was allegedly swerving all over the road, from lane to lane. It was 1:45 a.m. It was also 2007. He was arrested and taken to the Gardena Police Station, where he submitted to a breath and blood test that both measured his BAC at 0.18%.

He was then released after signing a promise to appear in the Torrance Superior Court several weeks later. However, he had no idea what he signed because he did not understand English. It was his first DUI ever.

Seven years later, after moving to Colorado and picking up two DUI’s there, he was advised by his employer that he had a bench warrant out for him in Torrance. He called Greg Hill & Associates and spoke to Greg. The client’s English was much improved from seven years earlier, but Greg’s Spanish ability helped when the client’s English fell short.

Greg listened to the client’s story and explained to him that the Sixth Amendment Right to a Speedy Trial might be one way to have the case dismissed. Greg described how such a motion, also called a “Serna motion,” would have a strong chance of being granted, but if the prosecution still kept the blood sample for retesting or the arresting officer was still available, the judge may find the motion less strong.

Greg first appeared in court and had the bench warrant recalled, which immediately eased the employer’s concerns in Colorado. Greg then prepared and filed the Serna motion, which was vigorously opposed by the prosecution.

Quite surprisingly, the Gardena Police Department had taken many steps to locate our client and had apparently been quite diligent. Moreover, the arresting officer was still working and claimed to retain an independent memory of the arrest. The blood sample was also still available for retesting. Most importantly, our client had signed a promise to appear and did not.

Given these facts, the motion was not as strong as one might expect, especially given several recent appellate court decisions which seemed to suggest a moving party such our client must show actual prejudice by the passage of time or delay in prosecution. 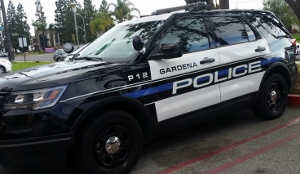 Given this backdrop, which the prosecutor clearly did not appreciate, Greg appreciated that the motion could be denied. The prosecutor, however, was fearful that the motion would be granted and therefore offered to resolve the case as a first time DUI with minimum fines and a three month DUI class, rather than a nine month class.

Greg recommended that the client accept this offer and he did. He then signed the plea paperwork (a Tahl waiver), had it notarized and returned it to Greg.

A new prosecutor was then put on the case. She saw the deal offered by her predecessor and threatened to tear up the Tahl waiver, claiming the case was actually a third-time DUI (due to the two subsequent DUI convictions in CO) and that our client really should be put in jail for 180 days and take an 18 month DUI program.

Greg disagreed with the prosecutor and approached the judge, asking the judge to hold the prosecutor to the deal offered and accepted and not to let the prosecutor tear up the Tahl waiver. The judge agreed with Greg that the two later DUI’s did not make the 2007 DUI, which happened first, a third DUI. He was incredulous that the young DUI was taking such a position. She then stormed off, angry that her position was found incorrect.

The plea was then entered for the happy client, relieved that Greg had filed the Serna motion to cause the lenient offer in response and then that Greg had recommended he accept the offer to avert a denied motion, which could have also led to an amended pleading of a third-time DUI.