Home
Other Information
Criminal Defense Articles
What Punishment Do I Face for a Third DUI? Jail Time?

What Punishment Do I Face for a Third DUI? Jail Time?

There are few offenses that offer such harsh punishment as a third DUI.  The California legislature certainly intended this, both to send a message to the public to deter such conduct and to reform the individual.

In a Nutshell: A person convicted of third-time DUI (as a misdemeanor) faces a minimum of three years of informal (also called summary) probation with 120 days in county jail, completion of an 18-month DUI program (SB38), a court fine of $390 plus penalties and assessments and a three-year drivers license suspension.

It is important to understand that a third time DUI is defined as one’s third conviction for DUI, measured by the dates of the arrest.  For example, if one is arrested on April 5, 2002 and convicted on July 15, 2002, the April 5, 2002 is the date of significance.  If the individual suffers a second DUI arrest six years later and a conviction a few months later, that is a second time DUI.  If the third DUI arrest is on April 4, 2012, but the conviction is not until August, 2012, the third-time DUI sentencing structure applies. 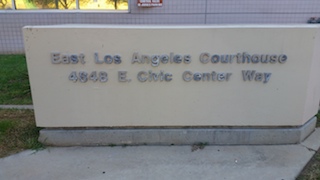 The court will also order that the client complete an 18-month DUI program called the SB-38 program. This program includes twelve hours of alcohol education (legal issues, alcoholism as a disease, the effects of alcohol, medical issues, and treatment), 7.5 hours of face-to-face interviews, twenty-six Alcoholics Anonymous (AA) meetings and 52 hours of group counselling sessions concerning alcohol and drugs in the family, the effects on adult children of alcoholics, stress prevention and reduction techniques, a life without alcohol, denial in alcohol and drug abuse, alternatives to abusing alcohol, emotional growth, problem solving techniques, mental illness issues, community resources, alcohol and the media, nutrition issues and, most importantly, a personal plan of action.

Our clients have reported that the first six months of the SB-38 program is very intense, often involving two classes per week.  The second six months in relatively more relaxed and the last six months is very relaxed in comparison to the first year.

In addition, the DMV will impose a three year driver’s license suspension.  This may be the most difficult and certainly the most long-lasting portion of the punishment if five years of summary probation are not imposed.

In many courts, the judge will allow plea bargains to a “30-30” deal.  This involves the client serving 30 days in county jail, often even on weekends in a private jail, and undergoing a 30 month alcohol awareness program called the SB-1365 program.  This type of resolution is better for someone with a family of which he or she is the sole breadwinner.

The 1365 program involves five phases, all the while layered over by 130 AA meetings for the client.  In the first phase, lasting 13 weeks (3 months), there is one face-to-face interview each week.  There are also twelve hours of alcohol education, 10.5 hours of group sessions and some volunteer service.

In the last phase, lasting 52 weeks (a year), there are 78 hours of group sessions, a face-to-face interview every other week and more volunteer service.