Fullerton DUI, No DNA Sample Required, No HAM, No MADD

Our client, age 21, had gone out to downtown Fullerton with his four friends. It was an early spring evening and the nights were getting warmer. The client worked long hours, often seven days per week, at a pest control company, so having the chance to relax out in town was more than welcome.

Our client was the driver and promised not to drink. However, once they went to the Matador Cantina, he decided to have “just one drink.” Then two, then three, then four. The group then walked over to JP23, another bar in downtown Fullerton. However, at JP23, our client renewed his vow not to drink and did not drink.

When the bars closed at 2:00 a.m., our client and his four friends made their way out to his car to drive home. Since our client had not drank any alcohol in over an hour, he felt safe to drive.

Our client pulled out of the parking lot behind the Matador Cantina and within three short blocks, was stopped by a City of Fullerton police officer. The first words out of the officer’s mouth were not, “Do you know why I pulled you over?” Instead, the officer’s first question was “You were drinking this evening, right?” 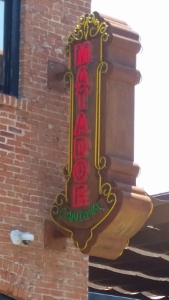 The officer then ordered our client and his four passengers out of the car. He then focused on our client and within two to three minutes, demanded that our client provide a breath sample in a preliminary alcohol screening (PAS) device. Our client declined to do so, as is his right.

This angered the officer, so he told our client that he had observed our client swerving all over the road. He also said our client had made an unsafe lane change.

The educated reader of this summary will note that swerving and changing lanes can be legal. It is not a violation of any law unless it affects the safety of others. People v. Carmona, (2011) 195 Cal.App.4th 1385. Furthermore, the officer did not state in his police report if the swerving was “pronounced” (“pronounced” swerving for a substantial distance is required for a proper traffic stop). People v. Perez (1985) 221 Cal.Rptr. 776, 778. Indeed, we believe that the swerving was not pronounced, as the road was straight. We suspect that our client was pulled over merely because he was observed leaving a parking lot at closing time and the officer rightly guessed our client’s blood alcohol content (BAC) was above the legal limit of 0.08%.

Indeed, after our client was arrested and taken to the Fullerton Police Station, he did submit to a breath test. His BAC was measured, from his breath sample, at 0.12%.

The client was released later in the day and called Greg Hill & Associates. The client described what had happened and asked what Greg thought might happen. Greg explained how such cases are usually resolved, but stated he wanted to read the police report first to give a more reliable prediction.

At the arraignment about three weeks later, Greg appeared on the client’s behalf the client remained at work. Greg read the police report and noted that the police report was far too vague to pass muster under Perez and Carmona, however, Greg knew that if given the chance (i.e. at a hearing on a motion to suppress based on an illegal traffic stop), the arresting officer would conveniently give specifics that rescued his report’s legal shortcomings.

Greg discussed this problem with the young handling District Attorney who was reluctant to agree with Greg as to the reality of how the arresting officer would basically fabricate facts omitted from the report.

The handling District Attorney did volunteer, however, that our client could opt to accept the judge’s standing offer on any DUI with a BAC of less than 0.15%: 36 months of summary probation, a $390 fine plus penalties and attendance at a three-month alcohol awareness program (the AB541 program). There were no other obligations required as part of such an offer. The judge’s offer was revoked if defendant did not accept it at the arraignment or at the second appearance after a chance to discuss it with his attorney.

Greg then discussed this “judge’s offer” with the client and discussed how a motion to suppress, based on Perez and Carmona, would most likely proceed, based on Greg’s experience in filing dozens of such motions.

The client then agreed to accept the “judge’s offer,” which avoided any requirement to provide a DNA sample (saving our client about $100), as well as avoiding the Hospital and Morgue Program, also known as HAM ($250), and the Mothers Against Drunk Driving (MADD) Victim Impact Panel (VIP), which charged $50.

The client was happy with the offer and the financial savings, as well as the hassles of attending such classes due to his busy job.