Our client, age 20 at the time of accident, was driving his Honda southbound on Goff Street in Wilmington. He had consumed, he told a Los Angeles Police Department officer at the scene, at least three beers. As he passed the intersection of Goff and N Street, he ran a stop sign. 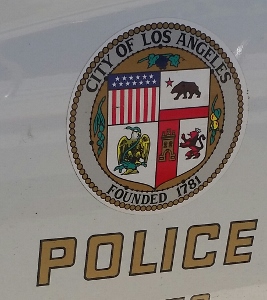 Once he entered the intersection, he T-boned another car with three occupants. The driver of the other car was fine, but the two female passengers reported injuries and were taken from the scene in separate ambulances.

A police officer went to the emergency room later and was told one of the females had suffered a fractured hip, the other just bad bruising.

In a Nutshell:  Underage DUI with injuries to others as a result of car accident, case filed as a felony in Long Beach, resolved as a misdemeanor DUI when injuries did not turn out to be as serious as originally believed.

Police arrested our client for felony DUI with great bodily injury and set bail at $250,000. The family could not afford to bail out their son, so he remained in county jail.

This was quite a stressful situation, as our client’s girlfriend was four months pregnant at the time and our client was a junior at Cal State Dominguez Hills. Not being bailed out meant he could not support his girlfriend in her pregnancy and he had to drop his classes.

The family also retained an older attorney with nearly 40 years of experience from San Pedro who promised the family he would get the case reduced to a misdemeanor and that their son would be placed on probation. The family believed him and hired him.

The Long Beach District Attorney’s Office saw the case as a very serious offense, given the underage status, the refusal to submit and the fractured hip.

The initial offer was three years in state prison, which was the sum of two years as the minimum term for felony DUI, plus one additional year for the great bodily injury.

The family the attorney first hired was not able to deliver on his promises and was fired after the preliminary hearing.

The family then retained Greg Hill & Associates and met with Greg Hill. Greg refused to promise the family any particular resolution, but he did promise to work hard, something the family did not see from the prior attorney.

Greg immediately visited the client in County Jail at the Wayside Detention Center, also known as simply “Pitchess.” He spent about two hours with the client, just getting to know him and the facts of the case. The prior attorney had never done this.

Greg then filed a Motion to Dismiss the Complaint under Penal Code § 995, after he reviewed the transcript from the preliminary transcript.

The prosecutor’s supervisor then read the motion, too, and went even further. She met with Greg Hill and offered to reduce the charges to a misdemeanor and to release the client from jail immediately – if Greg would withdraw the motion.

Greg explained the offer to the client, who immediately accepted, relieved to avoid a felony conviction and excited to be released from jail so her could return to his girlfriend, who was now just three weeks away from giving birth.

The family was extremely pleased that they had hired Greg Hill & Associates, saying they wish they had instead hired us from the outset.

Watch our Video about DUI by clicking here.