Conviction for Underage DUI Not the Same As a Juvenile Plea

Baldemar Landa was sentenced in U.S. District Court to a minimum term of five years in federal prison for violating the federal Controlled Substances Act.  He pled guilty to possession of cocaine with intent to sell, as well as two other related charges.

Synopsis:  Sentencing of an underage DUI is not similar to a juvenile offense for sentencing in a later drug case.

In reaching the five year term, the trial court counted his prior state court conviction for DUI while under twenty-one years of age pursuant to California Vehicle Code § 23140(a).

Mr. Landa, now twenty-five, appealed the sentence, saying his conviction at age eighteen was similar to a juvenile offense and thus, the trial court should not have counted it as a criminal history point under Note 5 of the U.S. Sentencing Guidelines Manual § 4A1.2.  Indeed, a violation of section 23140(a) is not listed under Note 5 and juvenile offenses are not counted in one’s criminal history.

Six years later, Landa was arrested on suspicion of violating the Federal Controlled Substances Act.  He pled guilty to one count of conspiracy to possession with intent to distribute cocaine (21 U.S.C. § 846, 841(a)(1) and (b)(1)(B)(ii)), as well as two other related charges.

After Landa was sentenced to five years in federal prison, he appealed on grounds the 23140(a) conviction should have been considered a juvenile offense and not used to calculate his sentence.  The U.S. Ninth Circuit Court of Appeals, in U.S. v. Landa (2011 DJDAR 8763), affirmed the lower court’s ruling.

In disagreeing with Landa, the Ninth Circuit first pointed out that while 23140(a) is not listed under Note 5, Note 5 did instruct that “convictions for driving while intoxicated of under the influence (and similar offenses by whatever name they are known) are counted.  Such offenses are not minor traffic infractions within the meaning of section 4A1.2(c).”

But the Ninth Circuit pointed out that their analysis really did not stop there.  It acknowledged that the determination of whether an offense is “similar” to an unlisted offense was often a difficult task, but there were certain guidelines to apply.  First, the court had to compare the punishments imposed for the listed and unlisted offense – if the punishments were equal or nearly equal, the unlisted offense  was similar to a listed offense.  Here, that certainly was the case, as Landa paid a significant fee and was placed on eighteen months of probation for his DUI.

Second, the court must evaluate the perceived seriousness of the offense to a listed offense.  In the case of a DUI, and in Landa’s in particular (Landa’s BAC was above the adult legal limit), there can be no doubt that driving a motor vehicle while intoxicated is a serious offense.  Underage DUI was no less serious. 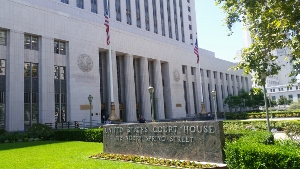 Fourth, the level of culpability involved.  On this element, Landa argued that 23140 penalizes conduct that would be legal, i.e. driving with a BAC of 0.05%, but is illegal only because of one’s age as being under 21.  Therefore, it is a non-serious offense only made a crime because of the offender’s age.  The Ninth Circuit here disagreed, saying the effects of alcohol at lower levels on one under 21 could be just as, if not more, compromising as those at a higher level for a person over 21.

As such, Landa’s appeal was denied and the sentence affirmed.

For more information about DUI, click on the following articles:
For case summaries of selected DUI cases our firm has handled, click here.