Our client was charged in the Inglewood Superior Court in 2001 with driving on a suspended license due to a conviction for DUI, a violation of Vehicle Code § 14601.2.  At the time, she was 21 years old and unaware that her license was even suspended because, while she indeed was convicted of DUI earlier in the year, she could not read the notice of suspension sent to her because it was in English and she could not read English.
A violation of 14601.2 carries with it punishment of ten days in county jail as a minimum, so our client was fortunate that the prosecutor agreed to amend the complaint against our client to add a second count for violating 14601.1, which did not have ten days in county jail as punishment.  Our client then entered a no contest plea to 14601.1 and agreed to be placed on three years of informal, or summary, probation with just one requirement: that she pay a $100 court fine, plus penalties and assessments (total of about $275 in 2001).
Our client was relieved to walk away from the courthouse knowing she only needed to pay a fine to the court.  She was given a deadline of one year to pay the fine. 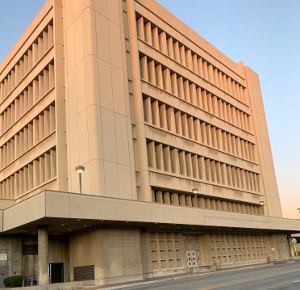 About six months later, however, she was picked up for a second DUI and, again, driving on a suspended license due to a DUI (her first DUI).  At this point in time, our client had not paid the court fine and had not renewed her license with the DMV following her first DUI.  Indeed, she had not enrolled in or completed the three-month alcohol awareness program (AB541) that the DMV needed to see completion of to renew her license.  Our client never even enrolled in the AB541 program after her first DUI.
The judge on the second DUI could see that not only had our client violated the terms of probation on her first DUI by picking up a second DUI, but she had also violated the terms of probation on her 14601.1 conviction.  For the violation on her 14601.1, he asked our client is she wanted to simply serve four days in county jail to discharge the $100 fine owed and our client said yes.
Our client then served four days and was reinstated on probation for her 14601.1 conviction.  She had two and a half years more of probation and she successfully completed this.
Seventeen years later, she came to Greg Hill & Associates to ask if our office could help her expunge this conviction, as her immigration attorney recommended that it be expunged.  Greg Hill first retrieved the docket report from the court to verify that the client was eligible for relief under Penal Code § 1203.4 (“expungement”).  The client indeed was eligible.
Greg then explained to the client, as this is often misunderstood, that expungement does not erase the record of the case having been filed against the client, it does not delete it or remove it from the record.  Instead, a judge will order that the client’s “not guilty” plea will be reinstated and the case dismissed.  The client said she understood.
Greg Hill & Associates then prepared the CR-180 judicial council form that must be filed with the court, as well as a supplemental memorandum of points and authorities to go with the CR-180, as well as a declaration from our client explaining why she wanted such relief under section 1203.4.  The client then signed the declaration, which included a discussion of our client’s immigration status and her need to have the case dismissed for immigration purposes, according to her attorney.
The paperwork was then filed with the court and the Hawthorne City Attorney’s office, as the case was prosecuted by the Hawthorne City Attorney’s office seventeen years earlier.
A hearing date was then assigned by the court and Greg Hill appeared on the specified date in court for the hearing.  The judge granted the petition, dismissing the case against our client and reinstating her “not guilty” plea.  The client was very happy with this result.
For more information about expungement, please click on the following articles:
Contact us.