Our client, age 22 in 2001, was neighbors with a family that had a fifteen-year old girl.  Our client was going to El Camino at the time and living at home in Torrance.
Over time, he and the younger neighbor became friends and before long, they became boyfriend-girlfriend.  The two kept their relationship secret for several months, as they each knew that such a relationship would be looked down upon by their parents.  However, the two did have sex and eventually, the parents of the girl found out about this.
The girl’s parents immediately called the Torrance Police Department and reported the relationship, describing the sex as merely kissing and touching over the clothes.  The girl’s parents were relieved that our client had not done anything more than this. 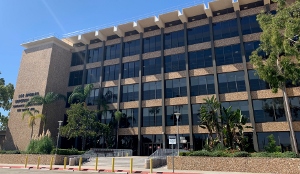 When police interviewed our client, however, he naively trusted the police when they promised him no charges would be filed.  He then described in great detail his relationship and the sexual conduct he had with the next-door neighbor, which far exceeded just kissing and touching over clothes.
Charges were then filed against our client for attempted statutory rape, Penal Code §§ 664 and 261.5 as a misdemeanor.  The client used the services of a Torrance public defender and resolved the case for two years of informal, or summary probation, conditioned upon his performed 240 hours (30 days) of community service and paying a $190 court fine.
The client promptly performed the community service and paid the court fine.
Seventeen years later he contacted Greg Hill & Associates to ask about having the conviction expunged.  He was now 39 and had a family of his own.  He was also the owner of a “doggie hotel” for dogs whose owners needed a place to house their dog while they went on vacation or were having their home fumigated.  Having a conviction for attempted statutory rape had not been a bar to employment for him, but he now wanted to volunteer at his children’s school and be involved in Indian Guides for his son.
He spoke with Greg Hill, who explained that expungement indeed was available for the client, but that expungement would not erase, delete or remove the record of his being charged with attempted statutory rape.  However, expungement would change the plea in the case back to “not guilty” and the judge would dismiss the case.
Greg and the client further discussed a Petition for Factual Innocence under Penal Code § 851.8, but because more than two years had passed since the arrest and because the client had confessed to quite a bit of conduct (the judge in ruling on such a petition can read the police report), the two decided against filing such a petition.  If denied, it would be a finding that the client was not factually innocent and that would suggest he was guilty, muddying the issue of a dismissal and a not guilty plea reached through expungement.
Greg Hill & Associates then prepared the petition for dismissal (form CR-180), supplementing it with points and authorities and a short declaration from our client explaining why he sought expungement of the conviction.  Greg then filed the petition in the Torrance Courthouse, paid the $120 filing fee (this fee is uniform throughout Los Angeles County, but varies by county) and served the district attorney’s office at the Torrance Courthouse.
At the hearing on the petition, the deputy district attorney assigned to the case opposed the petition, arguing that the judge had discretion to deny the petition due to the nature of the crime.
The judge ruling on the petition questioned her if this was so despite the statute stating a court “shall” grant such a petition as long as the offense was not disqualified and the petitioner was eligible.  The deputy district attorney reluctantly agreed that the judge actually had no such discretion to deny the petition under such circumstances.
The judge then granted the petition.  Greg shared the news with the client, who was very pleased with this.
For more information about expungement, please click on the following articles:
Contact us.
Serving Torrance, Long Beach, Compton, Airport Courthouses and Other Courthouses.