Expungement Granted in the Interest of Justice, Inglewood

It is quite rare to have a judge grant something as significant as expungement in the interest of justice, especially, as here, when our client failed to complete the SB38 program on a second-time DUI, but this indeed took place recently for our client in the Inglewood Court house.
Our client came to us asking to have each of her convictions expunged, the most significant being a second-time DUI from 2001 out of the Inglewood courthouse.
We retrieved the docket for the case and could see that she had not successfully completed the SB38 program (the eighteen-month DUI program) that is mandated for anyone receiving probation on a second-time DUI.
In her case, she had received a first-time DUI several months earlier and been ordered to complete the AB541 program, but had never even enrolled, so when she picked up her second DUI, the judge excused the AB541 program on her first-time case and told her just to complete the SB38 for both DUI matters.  Our client then never did so and, due to a clerical error, no bench warrant was issued and probation was never revoked. 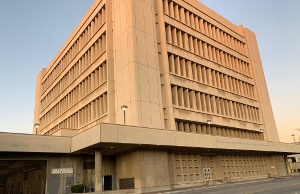 Along the way, she also failed to pay the court fees, but converted those into thirteen days of county jail and served those, in addition to her mandatory four days (96 hours).  Yet she never enrolled in the SB38 program and probation ended three years later.
The lucky breaks for our client did not stop there.  When we reviewed the docket report, we explained this situation to the client and advised her that while she did not successfully complete probation, she could still request expungement in the interest of justice.  After all, since 2001 she had stayed out of trouble completely and was now facing deportation.  Making matters worse, she had five kids here in the United States and she may be forced to leave them if she could not clean up her criminal history.
Before filing the petition for dismissal under Penal Code § 1203.4, we explained as best we could to the client that the request would be up to the judge’s discretion, so he certainly could deny the request.  Relief was not a “slam dunk” at all, in other words.  We further explained to the client that expungement did not erase, delete or remove the case from her record, but would only change her last plea back to not guilty and dismiss the case.
The client stated to us that she understood and sought expungement because her immigration attorney recommended she have all her convictions expunged as a way of seeking U.S. citizenship.  We therefore proceeded with the petition.
Our office assembled the CR-180 judicial council form for the client, a short points and authorities and a declaration from the client explaining why she sought expungement in the interest of justice.  We included photographs of her at work as a janitor, photographs of her with her husband and her five children and a photograph of her at church.
We were not optimistic with such a request, but we filed and served it nonetheless.
A hearing date was then assigned by the Inglewood Superior Court and Greg reported to the department assigned on the specified date.  Greg was nervous that the judge would say he just could not find our client deserved such relief under the circumstances and the interests of justice were not served with granting such a petition.
However, the judge hearing the matter did not seem to look too deeply into the client’s history and perhaps did not even read the client’s declaration, wherein our client explained her failure to enter the SB38 program due to lack of English language proficiency.
Instead, the judge simply remarked that he was going to grant the petition because our client had stayed out of trouble for 17 years since the DUI and therefore, in the interest of justice, he would sign the petition under 1203.4.
Greg reported back to the client that the judge had granted the petition.  Greg could not believe our client’s luck under the circumstances.  The client was very happy as well, but she could not appreciate it quite as well, as our office has done perhaps 200 or 250 such petitions and seen judges in action denying such requests in the past.  The client appreciated the success and we wished her luck to continue with her request to become a U.S. citizen.
For more information about expungement, please click on the following articles:
Contact us.
Serving Torrance, Long Beach, Compton, Airport Courthouses and Other Courthouses.