DUI on 405, More Than Three Hours to Blood Test, No File

Our client, age 29, had been out drinking with clients in Sherman Oaks. He had downed three or four Belgian beers. It was about midnight and he decided to head home to Culver City in his Mercedes CLA 250.

Our client was not a U.S. citizen. He was born in Tehran, Iran and in the United States on a work visa.

As he descended past the Getty Museum on his right on the 405, a CHP officer positioned himself behind our client and allegedly observed him swerving within his lane. The officer then initiated a traffic stop, causing our client to exit the 405 at Sunset Boulevard.

In a Nutshell:  No file on a DUI case after our client was stopped on the 405 after, but more than three hours elapsed before he submitted to a blood test.  The client had consumed three or four Belgian beers with friends and was stopped with an open Heineken in his cup holder of his car.

The astute reader will perhaps recognize that absolutely no one drives perfectly straight within one’s lane, perfectly parallel to the lane lines at all times, especially when the road twists and turns as does the 405 near the Getty. In fact, our courts have recognized this reality and held that an officer’s observation of weaving within one’s lane is only significant enough for a traffic stop if the weaving is “pronounced.” People v Perez (1985) 175 Cal.App.3d Supp 8, 221 Cal.Rptr. 776 at 778.

Pronounced weaving is dependent on how many times the vehicle is observed moving about the lane from left to right and visa-versa, over what distance and how frequently the vehicle moves back and forth. Here, none of those factors was described by the CHP officer. 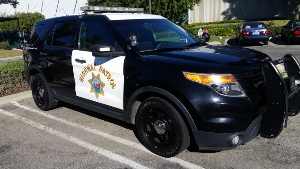 The officer then placed our client under arrest and transported him all the way to the 77th Street station at Broadway and 77th Street, where the client agreed to submit to a blood test. Because of delays in processing our client, the client did provide his blood sample until three hours and thirty-two minutes after his last point of observed driving.

His blood alcohol content (BAC) was measured at 0.076% and 0.072%. This was a tremendously lucky result and series of events for our client, as reverse extrapolation of one’s blood alcohol content to an earlier date by adding to one’s BAC based on an assumed metabolization rate (rate of elimination) is scientifically scorned.

Our office explained this to the Los Angeles Attorney’s office via letter once we received such BAC results and noticed the three hour and thirty-two-minute lapse. We explained that the assumed metabolization rate is based on an “average” person’s metabolization rate, but such an assumption may not apply to our client if his age, gender, weight, body fat, liver function, breathing patters, drinking pattern, consumption of food, stress level and hydration level varied from the average person.

In one important study, we explained, researchers found a wide range of metabolism rates. Some people absorb alcohol and reach peak blood-alcohol levels ten times faster than others (Kurt Dubowski, “Absorption, Distribution and Elimination of Alcohol: Highway Safety Aspects,” Journal on Studies of Alcohol (July 1985)). Consequently, forensic alcohol experts have agreed that estimating earlier BAC levels in DUI case is highly problematic and really should not be done at all.

Surprisingly, no case was filed against our client. This was a great relief to our client in light of his immigration concerns.