Our client went out for drinks with co-workers after a long week at work. They had completed a big project and decided to celebrate their accomplishment. Our client worked in Torrance, but lived in Carson.

Our client was 23 years old and on probation for his first DUI (an underage DUI with a BAC of .21%).

After the work get-together ended, our client headed home. He was driving eastbound on Carson Avenue, just past Harbor UCLA Medical Center, when he rear-ended a minivan with six people inside. When the impact took place, our client was moving at 40 miles per hour and the minivan at approximately 25 miles per hour. Damage each car was very minor. 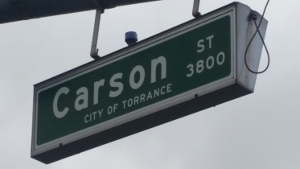 Due to the location of the collision, the CHP responded to the scene. The primary consideration of the CHP, upon arriving, was whether anyone was injured. All six occupants of the minivan said no, even upon repeated questioning. However, an ambulance was somehow called to the scene and the driver of the car changed her story - now she felt pain in her neck. She seemed to believe that she might be eligible for money, so she was keen to play the role needed in order to be eligible for money.

The client was then arrested on felony DUI. His bail was set at $100,000, which our client’s family could not afford, so the client remained in custody. However, his family hired our office because they knew the client faced a possible four-year state prison sentence, plus one year for a probation violation. The public defender had explained this possible sentence to the client, who then explained it to his nervous parents.

At the arraignment in the Compton Superior Court, the judge ordered a pre-plea report concerning our client’s suitability for probation.

The pre-plea report was produced approximately two weeks later. It recommended that the client be committed to state prison for the mid-term of three years, plus one year for the probation violation.

The client’s parents then retained Greg Hill & Associates. Greg Hill first appeared at the preliminary hearing setting conference and asked the judge to release the client on his own recognizance (OR) if he would attend three AA meetings per week. The judge agreed. This was a good start. The client’s family was very happy with this.

At the preliminary hearing, before it began, Greg chatted with the DA about the question of whether the other driver was really injured. The DA then spoke to the three officers present in court for the hearing, who confirmed that the other driver first stated several times that she was fine, but later reversed herself upon seeing an ambulance. After all, the minor collision took place almost right in front of Harbor UCLA Medical Center.

Based on the police officers’ comments, Greg asked the DA to reduce the DUI to a misdemeanor and the DA agreed. However, she offered the following plea bargain (after all, this was a second-time DUI, with a probation violation and a high blood alcohol content and an accident): 60 months of informal, or summary, probation, four days of country jail, a fine of $700 plus penalties and assessments, twenty-five days of Cal-Trans, the eighteen-month SB38 alcohol awareness program and restitution to the mini-van owner. These terms included an admission that the client had violated probation from his prior DUI.

Greg then negotiated the fine down to $500 plus penalties and assessments in exchange for the client attending HAM and MADD. With the custody credits applied to the fine and Cal-Trans, our client ended up owing no fees or fines at all to the court and was not required to serve any more time in jail.

The client was very happy to avoid a felony and ecstatic to be free on summary probation, rather than in prison. The terms of resolving the case had been reduced from five years in state prison to no more days in custody, even in county jail.

For more information about DUI cases, click on the following articles: