In our experience with those accused of felony hit and run (Vehicle Code § 20001), the biggest issue is whether our client knew that they were leaving the scene of an accident with an injury.

In a Nutshell:  Wilfulness in leaving the scene of an accident is the tough part for a prosecutor to prove and lack of willfulness is the strongest defense for a defendant.  The prosecutor must show that defendant was aware that there were injuries or fatalities and intentionally thereafter left the scene.

The client often thinks only property damage was the issue or that the other person was at fault.  Sometimes, our client is even unaware that there was an accident at all, perhaps because the cars never exchanged paint.  The client then explains who else may have been using the car. 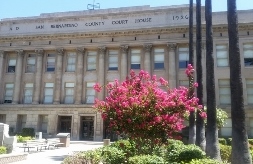 Vehicle Code § 20001 requires a driver to first stop at the scene of any accident, regardless of who is at fault or the seriousness of the injuries.  Once stopped, the driver must provide identifying information to the other driver and, if so requested, to any peace officer who arrives at the scene.  Identifying information is one’s name and address, driver’s license number, vehicle registration number and the name and address of the vehicle owner, if it differs from that of the driver.

If anyone is injured, Vehicle Code § 20001 requires one to provide “reasonable assistance to any injured person” to help secure further medical assistance.  This can mean transporting an injured person from the scene to medical help.  If there is no on-scene law enforcement agency that responds, the driver is required to contact his or her local law enforcement agency or the California Highway Patrol.

If the driver fails to perform any one of these duties and willfully left the scene, it is a felony.

The willfulness of leaving the scene where there were injuries or death is often the hardest part for a prosecutor to prove.  The prosecutor must first show you had knowledge of the accident, which can be presumed if the car you were driving was damaged in a way consistent with how the accident supposedly took place.  Integral to this proof is also showing that you were the driver at the time of the accident.  Sometimes this is difficult to prove.

The next hurdle the prosecutor must clear is showing you had knowledge of injuries or fatalities.  This may be difficult to prove if the other party (or parties) told you or the police that they were not injured.  This may also be tough to prove if the accident was a low speed collision, such as in a parking lot, and there was hardly any property damage at all.

Willfulness is acting as you intended to act.  This does not mean that you needed to know you were breaking the law as you left the scene.  A defense to this might be leaving the scene because there was a fire, you yourself were injured and needed to seek medical attention, or the other party threatened to fight you due to the car accident.