Home
Other Information
Criminal Defense Articles
What Is Joyriding? The Defenses? The Punishment?

What Is Joyriding? The Defenses? The Punishment?

If one is charged with joyriding, the first and most common response is the rhetorical question, “what exactly is this?”  After all, movies and television often use joyriding in connection with playful practical jokes, certainly nothing that is serious.  Yet it is a crime and, as a theft-related crimes, it has implications an employer may interpret toward evaluating one’s honesty and trustworthiness.

In a Nutshell: Joyriding is generally considered a temporary taking of a vehicle for enjoyment only, with the return of the vehicle to the owner, as compared to grand theft auto when the suspect intends to permanently deprive the owner of the vehicle.  Nonetheless, it is a serious crime and can be punishable as a felony with up to three years in state prison (in a county jail under AB109).

According to California law, joyriding is a temporary taking of a car or motorcycle (Vehicle Code § 10851), bicycle (Penal Code § 499b(a)), or boat (Penal Code § 499b(b)), without the owner’s permission.  The taking is generally thought to be for enjoyment only and is often committed by juvenile males.  When the use of the vehicle, bike or boat is no longer enjoyable, the user returns or intends to return the item to the owner.  Sometimes, the vehicle, bike or boat runs out of gas before it can be returned.

In this regard, joyriding differs from theft because in theft, the intent is to permanently deprive the owner.  The “joyrider” never intends to keep the vehicle, bike or boat, either for personal use of to sell it. 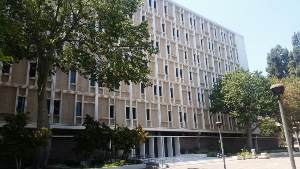 Joyriding is usually filed as a misdemeanor, but it can be filed as a felony.  When committed by a juvenile, the court the case is brought in is juvenile court.  Often, the joyriding charge is just one of many charges in the case, which may also include DUI, petty theft, resisting arrest and evading a police officer.  Sometimes, in worse cases, there is property damage and personal injury involved.

Depending upon the juvenile’s age and prior record, as well as the severity of the case, including the duration of the taking, such cases are often resolved over time with a dismissal through a delayed entry of plea or delayed entry of judgment arrangement.  The juvenile, however, may serve time “home or probation” and may have to serve community service before receiving a dismissal.

When the client is not a juvenile, prosecutors file the case according to what code section is violated.  When a violation of Vehicle Code § 10851 (car or motorcycle), Penal Code § 499b(a) (bicycle) or Penal Code § 499b(b) (boat) is alleged, a delayed entry of plea or delayed entry of judgment remains possible, especially if the client has no prior criminal history, is young, and the “victim” is not interested in prosecution, typically when the car, motorcycle, boat or bike is returned undamaged.

The defenses to joyriding are the owner’s consent, but this is often unavailable because it is usually the owner who calls the police.  When the taking is for a very short period of time and/or a very short distance is traveled, it is possible to argue that the “taking” was too insignificant to merit a criminal action.

When a car or motorcycle is taken, the case may also filed as a violation of Vehicle Code § 10851, which is a “wobbler.”  This means the prosecutor has the option of filing the case as either a felony or a misdemeanor, depending upon the circumstances of the case, the defendant’s age and the defendant’s criminal history.

With the passage of Proposition 47 in November 2014, there have been many reported decisions tackling the issue of whether Prop 47 would apply to reduce a felony conviction of Vehicle Code § 10851 to a misdemeanor.  Right now, there is a split among the appellate district courts (the Sixth Appellate District suggests it is possible if a petitioner can show the value of the vehicle was less than $950, whereas the Third Appellate District rejects application of Prop 47 to 10851).  With this lack of uniformity within the state, it seems like a ripe issue for the California Supreme Court to address in the future.