Home
Other Information
Criminal Defense Articles
What Is Tampering with a Vehicle (VC 10852)?

Under Vehicle Code § 10852, it is illegal to tamper with a vehicle.  The text of 10852 reads, “[n]o person shall either individually or in association with one on more persons, willfully injure or tamper with any vehicle or the contents thereof or break or remove any part of a vehicle without the consent of the owner.”

Why This Article Matters:  Tampering with a vehicle under Vehicle Code § 10852 usually involves theft of small, loose items from within an unlocked or open vehicle.  It is a misdemeanor, punishable by up to one year in county jail, plus usually restitution to the car’s owner.

In contrast, auto burglary under Penal Code § 459 prohibits the entry into a locked vehicle or its truck with the intent to steal the car (grand theft auto (“GTA”)), steal property in the car (petty theft or grand theft) or to commit any other type of felony in the vehicle.

The crimes are similar and the prosecution will often select one charge over another depending on whether the car is locked and whether the auto’s contents are recovered (and where they are found).  If the car is locked, but broken into, auto burglary (Penal Code § 459) is the charge.  When the car is unlocked, tampering with a vehicle (Vehicle Code § 10852) would be the charge. 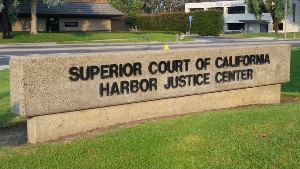 Second, the prosecution will evaluate what is supposedly stolen, if anything, and where it is recovered.  When an item is recovered from the car in the possession of a defendant, auto burglary is usually charged.  If, for example, the owner states that he or she thinks a music cd is missing from the car and it is found in a parking lot fifty feet away, 10852 will probably be the charge, as it does not appear that the suspect intended to keep the item.
Likewise, if there is nothing missing in a car, but someone witnessed defendant opening the unlocked car and searching its contents, 10852 would most likely be the charge.  In our experience, we have seen tampering with a vehicle charged when a client allegedly opened an unlocked car and supposedly released the latch for the car’s hood ( the owner told police he had not released his hood when parking the car).
The defenses to both crimes are fairly logical.  First, because such offenses usually take place at night, mistaken identity is often a defense.  At night, a clear description of the suspect is usually difficult.  A good defense attorney will visit the scene and see if a security camera exists and demand the tape, by subpoena if necessary, to support such a defense.  Police, moreover, rarely take fingerprints from the car unless a high dollar value is at issue or there are other reasons to pay special attention to the case.

Second, when the suspect’s identity is beyond doubt, there is always consent as a defense.  If the suspect’s property was inside the car or trunk and the car was unlocked, this defense is often viable.

Third, one’s intent to steal is required for such a conviction.  For example, if one entered a vehicle merely to recover something that is owned by defendant, even if the car was locked, there is no theft.  Similarly, a defendant may break into a car, but change his mind about stealing anything.  This defense is a strong defense if cash (not just coins) is left inside the car or other valuables are left in plain view inside the car.

The penalties for each crime are similar, but more severe obviously for auto burglary.  Auto burglary is a wobbler, meaning it can be charged as either a felony or misdemeanor, depending upon the facts of the case and the defendant’s prior record.  If one if convicted of felony auto burglary, the minimum prison time is sixteen months.  The maximum is three years.  If a misdemeanor is charged, the maximum jail time is one year.

Tampering with a vehicle is always a misdemeanor.  The maximum penalty is one year in county jail, as well as a fine of $1,000.  However, if the vehicle tampered with is used by a disabled person, the fine can reach $2,000.

For more information about issues that commonly arise in the course of being arrested for tampering with a vehicle, click on the following articles: