Our client, age 22, and her boyfriend had been out to dinner and drinking in Long Beach. On the way back to their home in Gardena, the client drove the two over the Vincent Thomas Bridge and then north on the Harbor Freeway (I-110). 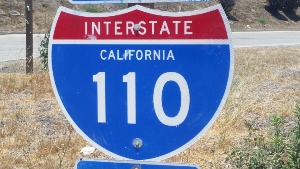 The CHP officer claimed to smell alcohol on our client’s breath, so he had her perform some roadside gymnastic tests, which the police officer graded our client as failing. He then asked her to provide a breath sample on a preliminary alcohol screening (PAS) device at the scene. Our client’s breath was measured to have a 0.10% and 0.11% blood alcohol content (BAC). The CHP officer, however, failed to sign the Officer’s Certification to certify the testing protocol as being in compliance with the manufacturer guidelines and Title 17 of the California Code.

Perhaps because our client did have a prior record for DUI, despite being just twenty-two, she was then arrested. When asked if she chose to opt for blood or breath for a further test of her blood alcohol content, she chose blood.

The CHP officer could not transport our client to a proper facility for having a blood sample drawn within three hours. He first took her to Gardena Memorial Hospital, which for some reason was unable to do the test. He then took her to the Lynnwood Detention Facility for Women, where our client had to wait several hours for her blood draw.

This wait, leading to her blood being taken four hours after last driving, allowed Greg Hill & Associates to argue that the BAC determined from the blood sample was legally irrelevant. Under Vehicle Code § 23152(b), there is a presumption that the BAC of a breath or blood sample taken within three hours of a suspect’s last time driving is the suspect’s BAC when driving for purposes of a DUI prosecution. This presumption did not apply for our client.

The case was filed in the Compton Superior Court. At first, the District Attorney assigned to the case was unwilling to acknowledge that the blood test results could not be reverse extrapolated, based on the ethanol being metabolized, to calculate a BAC at the time of driving. Our office had to also argue that 23152(b)’s three-hour presumption barred the blood alcohol test results.

As one court succinctly explained the issue, it would be error to engage in retrograde extrapolation because it would be fundamentally unfair for a prosecutor to avail oneself of the presumption under Vehicle Code § 23152(b) to fix a blood alcohol content over three hours, but also be able to use retrograde extrapolation to estimate a suspect’s BAC level. See People v. Warlick (2008) 162 Cal.App.4th Supp. 1, 7. The statutory intent obviously prohibits this dual (perhaps schizophrenic) approach.

We also had to explain that the PAS test results from the scene lacked credibility because the CHP officer failed to sign the officer’s certification.

After a great deal of negotiating with Greg, the District Attorney agreed to offer our client a dry reckless, which meant she was fined only $145 and sentenced to two years of summary probation. Pursuant to the plea bargain, however, she was ordered to attend an AB541 alcohol awareness program, which is thirteen weeks long.

Our client was happy to avoid a DUI and was quite satisfied with the low fine and two-year summary probation period, rather than the three-year probation period that normally is associated with a plea bargain to DUI.

For more information about a “wet reckless,” DUI breath tests and DUI in general, click on the following articles: