Our client age 25 in 2015, was stopped on La Cienega Boulevard for suspicion of DUI.  He was allegedly speeding and swerving from lane to lane.  At the scene, his blood alcohol content was 0.11% by a portable alcohol screening device.  Once at the station, his breath was measured again on a different machine at a blood alcohol content of 0.09%.
At the time, our client was working as a bus driver for a private parking lot operator near LAX and the mere arrest led to his immediate termination.
The client went to court, unaware that he could fight the case and have an attorney look into the facts closely.  He opted for the services of a public defender, who resolved the DUI case for a “wet reckless,” meaning a charge of violating Vehicle Code § 23103 pursuant to Vehicle Code § 23103.5. 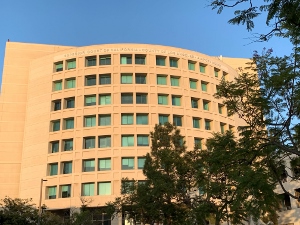 Pursuant to the terms of the plea bargain, he was placed on thirty-six months of informal, or summary probation, with an obligation to enroll in and complete the three-month AB541 alcohol awareness program, pay a court fine of $390 plus penalties and assessments ($1,949) and attend the Hospital and Morgue (HAM) program.  He quickly completed all these tasks.
After being fired, he had to hustle to find a job, as he was the only one supporting his girlfriend, who was the mother of his son, age five.  Moreover, his girlfriend was pregnant with a baby girl, so our client had to get a job – any job – ASAP.
He got a part-time job at the Santa Monica City Library first, as an assistant librarian.  He then got a second part-time job working for Black Knight Patrol security at night.  Neither employer wanted to hire him full-time because he was on probation, so he also missed out on medical insurance with each, which was a big deal with a pregnant wife due soon.
This was extremely frustrating, so he tried his best to find higher-paying jobs to afford medical insurance.  To get such jobs, he earned various real estate certifications and gun safety qualifications  anything that would help make him more marketable despite being on informal probation.
Then one day toward the end of his probation, while exploring the Internet, he learned about expungement and contacted Greg Hill & Associates.  Greg listened to the client describe his employment difficulties, his family situation, his need for health care and his frustration in not being able to find a better job.
Greg explained that since the client has just two months to go, Greg could get the motion (petition for dismissal) all ready to file on the very first day he was eligible, which would be the day after his probation ended.  Greg further explained that expungement did not erase or delete the record of the DUI filed against him, or the case resolution as reckless driving, but would, if granted, allow the client to legally answer “no” if asked by any employer (with certain exceptions) if he had any conviction, at least in reference to this wet reckless conviction.
So the client hired Greg Hill & Associates to prepare the petition for dismissal, which included the CR-180 judicial council form, but also a short four-page supplemental points and authorities with a declaration from the client explaining why he sought such relief (withdrawal of the no contest plea to 23103 pursuant to 23103.5 and replacing the not guilty plea, then dismissal of the case).  The declaration explained the client’s family situation and his difficulty in securing better employment with health care insurance due to his being on probation and having a misdemeanor conviction.
The petition was then filed at the Airport Courthouse, served to the District Attorney there (on the fourth floor) and Greg appeared in court for the hearing date, once assigned by the Airport Courthouse clerk.
The judge assigned to the case granted the petition, which greatly pleased the client, as he felt this terrible chapter in his life would now end and he could move on with more stability for his family and employment future.
For more information about expugement, please click on the following articles:
Contact us.
Serving Torrance, Long Beach, Compton, Airport Courthouses and Other Courthouses.