Our client was 22 years old in 2008.  He was fresh out of the Navy, where he had honorably served his country for three years, including during the “clean up” of parts of India after a destructive hurricane that left hundreds dead.
While in the Navy, however, he was exposed to drinking and found that it dulled the loneliness he suffered while away from home for the first time on an extended basis.  Perhaps this fondness was undisciplined, as he picked up a conviction for DUI at the Airport Courthouse within one year of returning to civilian life.

The Gist of This Summary:  Expungement of 2008 conviction for DUI at the Airport Courthouse in 2017.  The expungement was helpful in the client’s job search, as he was unemployed and this conviction was apparently holding him back from regaining employment.

The client trusted the public defender and accepted a conviction for DUI although his blood alcohol content (BAC) was only 0.08%.  The terms were three years of informal or summary probation, a court fine of $390 plus penalties and assessments and an obligation to enroll in and complete the three-month alcohol awareness program known as AB541.
After a year of being on probation and not paying a dime in court fees or enrolling in the AB541 program, he faced a bench warrant from the judge for his failure to file the necessary documents to show compliance with the plea bargain. 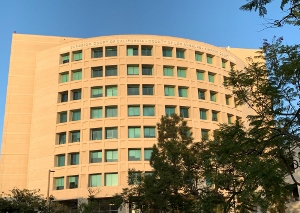 Two months later, he was picked up on the bench warrant after a traffic stop.  The judge gave our client the option of converting all fines and fees, as well as the alcohol awareness class, to time in county jail and our client accepted.  He then served 40 days in Los Angeles County Jail and was reinstated on probation, which terminated on its own in 2011.
The client eventually found a steady job and worked for a Fortune 500 textile company.  He was laid off in 2017, however, and immediately faced difficulties getting hired with a conviction for DUI on his record.
He contacted Greg Hill & Associates and asked about having the conviction expunged.  He and Greg Hill shared immediate rapport due to the client’s prior service in the Navy and Greg’s prior service in the Marine Corps (and attendance at the U.S. Naval Academy in Annapolis).  Greg enjoyed hearing about the client’s experience in the Navy and how not much had changed.
Greg explained how expungement did not erase, delete or remove the conviction, but that it did change a no contest plea back to not guilty and his criminal history would show the last action on the case as it being dismissed.  Greg further explained that the client, after having the conviction expunged, could legally answer “no” to any employment questionnaire asking about being so convicted, except for employment applications to the government, to run a state lottery or run for state office.
The client explained that he desperately needed a job because he had four children and his girlfriend’s paycheck really was not enough to cover all household expenses.  He needed earn money ASAP.
The client agreed to move forward with the petition for dismissal (also called expungement) under Penal Code § 1203.4.
Greg Hill & Associates then filed the FL-180 judicial council form with a supplemental memorandum with a declaration from the client concerning his performance on probation and his current need for relief under 1203.4.
Greg then filed the petition in the Airport Courthouse and paid the $120 filing fee as required in Los Angeles County.  He then served the DA’s office there in the same building on the fifth floor.
The court clerk then set a hearing on the petition that Greg attended.  The judge granted the petition, much to the client’s great relief.  Greg later got a copy of the signed order and mailed it to the client, who was pleased with this and did in fact, secure another job.
For more information about expungement, please click on the following articles:
Contact us.