Our client, age 25, was arrested for DUI in the early morning hours as he drove home through El Segundo on eastbound El Segundo Boulevard along the northern edge of the oil refinery.  He was observed allegedly swerving and speeding by an officer from the El Segundo Police Department.  He was taken to the El Segundo Police Station, where his blood alcohol concentration (BAC) was measured at 0.12%.

Why This Summary Matters:  Early termination of probation granted for our client on DUI probation out of the Airport Courthouse despite our client having violated probation and having a bench warrant outstanding for nine months.  Expungement of the conviction then granted.

The criminal case for violations of Vehicle Code § 23152(a) and § 23152(b) was filed in the Airport Courthouse.
The defense of the case centered on a rising BAC because the Client consumed two shots of tequila moments before entering his car.  He then drove less than a half-mile before being stopped.  He refused to submit to the roadside preliminary alcohol screening (PAS) test and refused to perform any field sobriety tests, as is his legal right.  The defense is that the client’s BAC when he was driving was lower than tested later because he was stopped by police before the alcohol from the two tequila shots could be absorbed into his bloodstream to be measured. 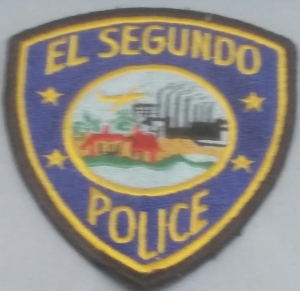 When his breath was finally tested at the police station, it was 45 minutes after he last drove and about 48 minutes after he last drank, meaning his body had absorbed the tequila shots that were otherwise merely in his stomach and large intestine when he was driving earlier.
The prosecutor at the Airport Courthouse was skeptical of the allegations of a rising BAC, but our office provided witness statements from two of our client’s friends who witnessed the drinking the two shots of tequila just moments before our client left the bar.
After more than nine months of court appearances, the prosecutor finally offered (grudgingly) our client a plea bargain to a dry reckless (Vehicle Code § 23103, not pursuant to Vehicle Code § 23103.5), which our client happily agreed to.
He was then placed on thirty-six months of summary probation, with requirements that he pay a court fine of $250, plus penalties and assessments (total of about $1,150) and perform 40 hours of community service, as well as attend 52 Alcoholics Anonymous meetings.
After five months of summary probation, there was a progress hearing on his case and the client failed to appear in court as ordered.  A bench warrant was issued and it remained outstanding for nine months.
The client then returned to court, paid his outstanding fines in full, filed his proof of attending 52 AA meetings and his proof of completion of 40 hours of community service.
He then was reinstated on probation, but soon ran into employment problems where he could not get a pay raise due to his status of being on probation.  He was struggling to make ends meet and was volunteering helping inner-city youth.  He has aspirations of going to law school, but was concerned he would not be accepted while being on probation.
He again contacted Greg Hill & Associates to ask the judge at the Airport Courthouse to terminate his probation early and then seek expungement of the conviction.
Our office prepared a Motion for Modification of Probation so as to end it.  Our office attached a declaration from the client explaining his difficulties in gaining employment and that while having both a bachelor’s and master’s degree, he was only earning as much as a high school dropout at his job.  He was also entrusted with duties that were entry-level only, despite being in his late twenties.
The judge at the Airport Courthouse granted the motion, but was initially reluctant due to his probation being revoked for nine months and a bench warrant being issued.
However, she noted that he had completed nineteen months of the thirty-six months of probation and otherwise had completed all obligations.
She further noted that he had no prior criminal history.
Our office then filed a petition for dismissal (expungement) under Penal Code § 1203.4, which was also granted.
For more information about early termination of probation and expungement issues, please click on the following articles:
Contact us.
Serving Torrance, Long Beach, Compton, Airport Courthouses and Other Courthouses.