Our client, then 21 years old, was convicted of DUI in 2007.  His blood alcohol content (BAC) was measured at 0.13%.  The arrest took place in Hollywood and the case was prosecuted in the Metropolitan Courthouse.  As part of the plea bargain, the client agreed to enroll in and complete the three-months alcohol awareness program (AB541) and pay a court fine of $390 plus penalties and assessments (total was $1,585).
The client paid $585 of the fine and completed the AB541 program, but moved to Tennessee before paying the remaining $1,000 owed.  He also did not file his proof of completion of the AB541 program at the courthouse.
In 2018, the client was now 32 years old.  He was about to graduate from dental school in Tennessee.  He was excited to be starting a career that had a promising future.  As he was applying with the dental board, he was advised that in California, there was an outstanding bench warrant for him. 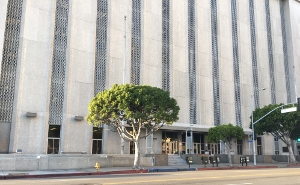 The bail amount was set at $30,000.
The client was told it was from 2008, so he was puzzled because his DUI was one year earlier and he believed he fulfilled all the requirements of the plea bargain.
He called up Greg Hill & Associates to ask that they look into the bench warrant to have it lifted so he could become licensed as a dentist.  He spoke with Greg Hill, who went to the courthouse and searched for the bench warrant using the client’s name and date of birth.
Greg discovered that the bench warrant was issued in the DUI case for the client’s failure to pay the full fine and failure to file the proof of completion of the AB541 program.  Probation was then revoked at that time, meaning the client only completed one year of three years of summary probation.
Greg explained this to the client and how he could appear in the Metropolitan Courthouse and ask the judge to recall the warrant.  Greg further recommended that the client contact the DUI class provider (if it was still in business) to request his proof of completion of the AB541 program and that the client give Greg $1,000 to pay the court fees, so the judge would feel more comfortable recalling the warrant without the client appearing on his own.
The client did contact the DUI school and surprisingly, it was still in business.  Moreover, it sent our client his proof of completion of the AB541 program and the client sent it to Greg.  The client also gave Greg $1,000 to pay the outstanding court fines.
Greg then appeared in the Metropolitan Courthouse to request that the judge lift the warrant.  The judge was quite mad that ten years had passed and fined the client $250, plus penalties and assessments for the client’s casual disregard for the obligations of probation.  This fine, with penalties and assessments, worked out to $900, which Greg paid.  The client then had to pay even more to pay the court fines and fees.
The judge then reinstated the client on probation for two more years.  This greatly upset the client, as he could not be on probation to work for his employer.
Greg consequently moved to terminate probation early, which the judge granted.  This was hugely important for the client.
Greg then filed a petition for dismissal of the complaint (expungement), which the judge also granted.  The client was very happy with the sense of urgency that Greg had towards recalling the bench warrant, getting probation terminated early and having the conviction expunged.
For more information about expungement issues, please click on the following articles:
Contact us.
Serving Torrance, Long Beach, Compton, Airport Courthouses and Other Courthouses.