The orders involved the magistrate’s finding of probable cause that Montes and others “have committed or are committing and are about to commit” certain drug offenses.  The magistrate further found that “informal investigative procedures have been tried and have failed and appear to be unlikely to succeed if tried and / or are too dangerous.”
As a last resort, wiretaps were sought to stop continued drug sales.

What One Should Learn from This Article:  Defendant’s request for the identity of the witness leading to seven wiretaps that seized 353 kilograms of cocaine, 50 pounds of meth and 659 pounds of marijuana was denied.  The court found that revealing such identities would compromise other existing investigations.

The information obtained as a result of the wiretaps led to the arrest of Montes and three others, as well as the seizure of 353 kilograms of cocaine, 50 pounds of methamphetamines, 659 pounds of marijuana, five firearms, and $1,200.000 in allegedly illegal proceeds from other sales. 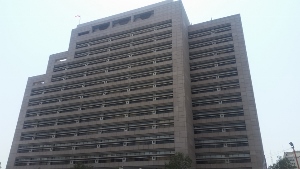 The information blacked over was allegedly privileged information that revealed the identities of confidential informants and / or was critical to other ongoing investigations.  This is what the prosecution claimed.  The defense, in contrast, characterized such redacted information as critical toward showing probable cause was insufficient for allowing the wiretaps, which are a major privacy invasion. 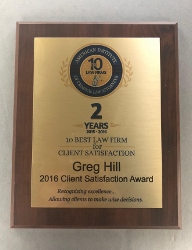 The motion for discovery of the wiretap information and to suppress evidence sought unredacted affidavits supporting the applications for wiretap orders and the unredacted transcripts and reports after the intercepts, including the full text of all calls.  The motion argued that such information should be ordered produced because of the prosecution’s obligation to produce all such documentation under Brady v Maryland (and Penal Code § 1054) and that redacted copies deprived defendants of their right to challenge the wiretap.

The trial court denied defendants’ motion and the defendants immediately challenged the ruling to the Second Appellate District.

In People v. Rufino Acevedo (2012) 209 Cal.App.4th 1040, 147 Cal.Rptr1.3d 467 (originally reported at 2012 DJDAR 137453), the Second Appellate District affirmed the trial court.  The court found that sealing, the intercepted communications was proper under People v. Hubbs (1994) 7 Cal.4th 948 and under official information privileges set forth in Evidence Code § 1040 to §1042.  The appellate court further found that protecting the identities of the informants and the information’s confidentiality was paramount.

Accordingly, the Second Appellate District affirmed the trial court, saying that “good cause” under Evidence Code § 1040 to § 1042 allowed the prosecution to withhold certain information to prevent danger to a witness or to compromise other investigations.

In our experience with such types of warrants, no judge wants to be the one who ordered the disclosure of information that could lead to the compromise of other ongoing investigations, or even the safety of protected witnesses or undercover agents.  Moreover – and this cannot be stated more clearly – the fact here that $1.2 million dollars was seized is an issue.  If the warrants were found to be illegally obtained from illegal wiretaps or fabricated information, that money (most likely obtained through illegal activities) would be returned to the suspects, i.e. Mr. Acevedo.  No judge wants to be the judge identified as allowing that to happen.
For more information about investigation issues, click on the following articles:
Contact Greg Hill & Associates