Home
Other Information
Criminal Defense Articles
Will the DA Dismiss the Case If the Victim Will Not Testify?

Will the DA Dismiss the Case If the Victim Will Not Testify?

In many cases of alleged domestic violence, the “victim” may intend to refuse to testify. This may also happen in sexual abuse cases, gang-related violent crimes (including theft offenses), elder abuse cases and matters involving violations of protective orders.

There can be many reasons why the victim does not want to testify, but the practical consequence that defendants are eager to know is whether this refusal mandates that the prosecutor dismiss the case.

What to Take Away:  Sometimes a DA will dismiss a case if the victim will not testify, but other times, the victim’s refusal to testify or the victim’s absence from trial makes no difference.  This article discusses some of the factual scenarios where a victim is required and others when the victim’s testimony is unnecessary.

The answer is “sometimes.” In other words, it depends upon the facts, the evidence that most likely will be admitted at trial and even who the judge is and his or her general approach in the particular type of case. After all, judges are people and the prosecutors understand that certain judges will admit more evidence in certain types of cases.

A few examples may help illustrate how the facts can make the testimony of the victim unnecessary, meaning if the victim will not testify, the DA will certainly not dismiss the case. If the defendant admitted to the crime, the victim’s testimony is most likely unnecessary. The defendant, however, may have a motion in limine to exclude his admission based on the legality with which it was obtained. 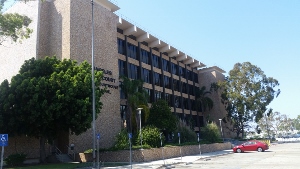 Second, there may an independent witness to the crime, i.e. a bystander or even a second victim. Thus, the absence of the victim to testify may not be relevant to the prosecution.

Third, if the victim previously testified at the preliminary hearing or in a prior hearing, and the prosecution had an opportunity to examine her (question her), her unavailability later may not be significant. As long as the prosecution makes a good faith attempt to bring the victim to court, but is unsuccessful, the judge may permit the prosecution to read the testimony of the witness at trial. Crawford v. Washington (2004) 541 U.S. 36; People v Banos (2009) 178 Cal.App. 4th 483. While this is no substitute of live testimony, as the jury cannot evaluate the witness’ demeanor and the confidence of the victim, the prosecution may find it sufficient and not dismiss the case.

If the victim made a 911 call and, in an excited tone or under the stress of the moment, described the facts of the case, the recording of this call may be admissible over a hearsay objection from defendant. The grounds for the call’s admission would be that while hearsay, the content of the call is reliable as an excited utterance, an exception to the hearsay rule.

This type of exception has been extensively litigated in our courts. How long after the crime does the call lose its “excited utterance” quality? It matters on the level of excitement and the overall circumstances. The higher the level or excitement, the longer the caller may need to collect herself or himself and theoretically form the intent to fabricate the truth, rather than operate under excitement, while has its own indicia of reliability.

The same type of call could have been made while the crime was taking place. In this situation, considered exigent circumstances, the call is admissible under an exigent circumstances exception to the hearsay rule. Michigan v. Bryant (2011) 131 S.Ct. 1143; see also People v. Johnson (2010) 189 Cal.App.4th 1216 (victim called 911, stating her husband had just shot her; the call was admissible at trial when the victim failed to appear).

Likewise, the refusal of a witness may be irrelevant to the prosecution if the victim had face-to-face communication with a police officer reporting to the scene, as long as the police arrived at the scene soon enough. How soon is soon enough? This naturally depends upon the circumstances, so no black and white rule exits, however, three or four minutes is generally the outer time limit.

Lastly, one should note that the law regarding an unavailable witness or a witness who refuses to testify is different in the context of a probation violation hearing, so a reluctant witness or unavailable witness may not benefit the defendant is such a context. People v. Stanphill (2009) 170 Cal.App.4th 61.

For more information about domestic violence and trial in general, click on the following articles: