Home
Other Information
Criminal Defense Articles
What Punishment Do I Face for Domestic Violence? Jail Time?

What Punishment Do I Face for Domestic Violence? Jail Time?

The punishment associated with a conviction for domestic violence depends largely upon whether the charge is a misdemeanor or a felony.

The Gist of This Article:  The punishment associated with a conviction for domestic violence, even as a misdemeanor, is harsh.  Depending upon the injuries involved and the defendant’s prior history, the case can be filed as a felony.  If filed as a felony, defendant faces up to four years in state prison before any sentencing enhancements apply.  Regardless of whether a misdemeanor or felony, a conviction for violating Penal Code § 273.5 requires a lifetime ban on owning or possessing a firearm or ammunition under federal law. 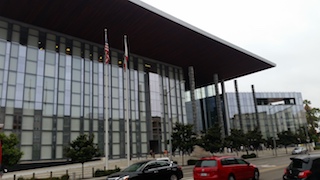 Long Beach Courthouse
There are also fines that can be imposed for a misdemeanor violation of Penal Code § 273.5.  If there are no prior domestic violence convictions within seven years, the usual minimum court fine is $300, plus penalties and assessments.  This brings the total payment to the court to approximately $1,300.  However, the fine can be as high as $6,000 even with no prior conviction for domestic violence within seven years.
If the client has a prior conviction for domestic violence in the last seven years for violating section 273.5, 242 or 243.4, the fine can be as high as $10,000, plus penalties and assessments.

The court can substitute a fine to the court with an order that the client pay up to $5,000 to a battered women’s shelter.  In our experience, this is usually what happens, but the “donation” is $500, which is the minimum provided by law as of January 1, 2013.

The court can also order reimbursement to the alleged victim for medical and/or counseling service (restitution) she or he incurred as a result of the alleged violence.

In addition, the court will issue a new protective order after the sentence is ordered, replacing the protective order that was in effect during the pendency of the case.  The new, post-sentence order will order that the client abstrain from any acts of violence, sexual abuse, threats, harassment or stalking of the alleged victim.  The protective order can include a stay-away condition or a residency exclusion, but it does not have to.

In all misdemeanor domestic violence cases, regardless of whether it is a very minor case or a case that was reduced from a felony to a misdemeanor despite serious injuries, the client must complete fifty-two batterers program classes from a court-approved program.  The court may also order, on top of the batter’s program, that the client complete anger management, parenting classes or alcohol/drug abuse classes.

The court can also order that the client perform a certain amount of community service or community labor.

Lastly, the alleged victim is notified of the conviction.  Sometimes, this is the most
significant punishment because the prosecutor, in our experience, often tells the alleged victim all the specifics of the plea bargain or sentence, with comments explaining why such terms were included.  The alleged victim then boasts to everyone he or she can about the plea bargain and what the prosecutor told her or him, including in a family law court where a divorce proceeding may be pending or an immigration court, where the client faces removal proceedings.

If the client has a prior conviction, within the last seven years, for violating Penal Code § 242 (simple battery) or § 243.4 (sexual battery), the client faces a maximum of five years in state prison, absent any other sentence enhancements, such as a prior “strike” conviction.

One of the common sentence enhancements is when the alleged victim sustained “great bodily injury.”  When this is alleged, the underlying sentence can have an additional three, four or five years imposed.