Case Filed in CA Dismissed Because Acts Happened in Hawaii?

Michael Fortner lived in California with his girlfriend.  In 2010, she learned that he had patronized prostitutes in the past and told him he was a bad person.  They argued in California about this.

What One Should Learn from This Article:  A criminal court in California does not have subject matter jurisdiction over an event that takes place outside California.  Here a California court cannot prosecute a California resident for domestic violence that took place in Hawaii.

They then went on a trip to Hawaii, where the two got into a fight, wherein Fortner punched his girlfriend in the face.  After the fight, the couple got married.

However, about a year later, Fortner again committed domestic violence against his now wife.  His wife called the police and Fortner was arrested.

The Monterey County District Attorney’s office filed multiple charges against Fortner, including charges for the conduct that took place in Hawaii. 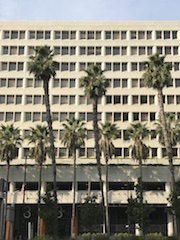 Court of Appeal Sixth Appellate District San Jose
Fortner filed a demurrer challenging the court’s jurisdiction over the counts related to conduct that allegedly took place in Hawaii.  The Monterey County Court judge overruled the demurrer.  It reasoned that the California court had jurisdiction over Fortner because his wife’s injuries from the Hawaii incident, a blind eye from a punch, had an impact on her in California.
Fortner then appealed to the Sixth Appellate District Court of Appeal.

The Sixth Appellate District agreed with Fortner, reversing the trial court sustaining the demurrer.  The appellate court’s analysis is worth noting.  It explained that trial courts decide issues of “territorial jurisdiction” by applying a preponderance of the evidence standard.  People v. Cavanaugh (1955) 44 Cal. 2d 252, 262.  In looking at the trial court’s ruling on the demurrer, it found that it was not supported by substantial evidence.

However, the appellate court noted, the United States Constitution does not prohibit a state from exercising jurisdiction over criminal acts that take place outside the state “if the results of the crime are intended to, and do, cause harm within the state.”  People v. Betts (2005) 34 Cal. 4th 1039, 1046.  Usually, this type of jurisdiction is aimed at particular crimes that intend to take advantage of interstate activity.

Likewise, the prosecution did not present any evidence that Fortner did a “preparatory act” in California that culminated in the punch in Hawaii.  In the appellate court’s view, the punch was spontaneous.  The fact that the punch was in response to an argument that started in California concerning Fortner’s patronizing prostitutes (the argument began in Hawaii when Fortner called his wife a “big fat cow” and she responded “is a hooker better than me?”) did not transform the California argument into a preparatory act.  In fact, it was Fortner’s wife, the appellate court noted, that brought up the prostitute issue, not Fortner.

The prosecution used one last-gasp argument to maintain jurisdiction in California for the Hawaii conduct.  It argued that Fortner’s abuse of his wife was part of a plan to exercise ongoing control over his wife in California by continuing verbal and physical abuse.  The appellate court quickly dismissed this argument, saying even if this was Fortner’s intent, it did not establish that the punch was consummated in California.

In short, this case shows that the prosecution cannot charge a person for conduct that takes place in another state, unless that conduct is intentionally consummated or completed later in California.  Here, the California district attorney aggressively prosecuted a man for a punch that caused his wife to lose sight in one eye, but the punch took place in Hawaii.  The prosecution desperately tried to keep jurisdiction over the case, but the appellate court rejected their arguments.
The citation for the Sixth Appellate District court ruling discussed above is Michael Fortner v. Superior Court (6th App. Dist., 2013) 217 Cal.App.4th 1360, 159 Cal.Rptr.3d 128.
For more information about domestic violence, click on the following articles:
Contact Greg Hill & Associates