Greg Bennett had a homeowner’s policy through State Farm that insured him for losses arising from theft of his property at his residence.  The policy also covered theft of trees, shrubs and plants on the property.  The police did not define “theft.”

Summary in 60 Words or Less:  A marijuana grower possibly can recover on an insurance claim for lost property when police seize marijuana from a home if the search warrant is improper, however in this case summary that did not take place.  Nonetheless, if slightly different facts were present, the court suggests, the insurance company may be obligated to pay such a claim.

In August, 2007, police officers with the Costa Mesa Police Department executed a search warrant at Bennett’s residence, authorizing the officers to search for and seize marijuana.  When the officers arrived at the property, they immediately saw Bennett’s twelve marijuana plants and dug them up.  They also seized two freezer bags of marijuana, as well as a tray containing loose marijuana and rolling papers.

Bennett was then charged by the District Attorney with unlawful cultivation and possession of marijuana.  However, he was successful in having the charges dismissed, arguing that his possession of the marijuana was legal under the Compassionate Use Act (California Health and Safety Code § 11362.5) for medical purposes and that the warrant was improper, as it was supposedly based upon a conversation he had six years earlier with a police officer.

Bennett then petitioned the criminal court for the return of the marijuana, but the judge denied the petition.  The police then destroyed the marijuana.

Bennett did not give up at that point.  He filed a claim with State Farm Insurance for monetary compensation for the value of the marijuana destroyed, which he estimated at $98,000.  Bennett maintained that the marijuana was stolen by the police.

State Farm denied the claim and Bennett sued State Farm in civil court for breach of contract (the insurance policy) and breach of the implied covenant of good faith and fair dealing (bad faith).  In response, State Farm filed a motion to dismiss the complaint, maintaining that the police did not have the criminal intent to steal because they seized the marijuana pursuant to a valid search warrant.  The trial court granted the motion and Bennett appealed to the Fourth District Appellate Court. 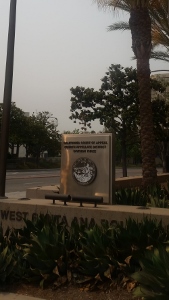 Fourth Appellate District Court
In reviewing the trial court’s ruling, the Appellate Court first noted that the State Farm policy did not define “theft.”  So using the ordinary and common meaning of theft, the court evaluated whether the police had a criminal intent to steal or permanently deprive Bennett of the marijuana.  Since the officers’ taking of the marijuana was pursuant to a search warrant, which gave the officers the right to take it, there was no criminal character to the taking.

Bennett then argued that since the search warrant was based on a false warrant application, the seizure was criminal in character.  The Appellate Court disagreed, finding there was no conspiracy among the officer who filled out the warrant application and the officers who executed the warrant and took the property.  The Court even went so far as to say that it must presume the officers acted in good faith unless Bennett could show otherwise, which he did not.

Consequently, Bennett was left empty-handed and an insurance company kept its policy proceeds.  It is unknown if Bennett sued the City of Costa Mesa for abuse of process, but the opinion mentioned nothing of this, so we believe he did not do so.

For more information about search warrants and recovering property seized during an arrest, click on the following articles:
For case summaries of selected cases our firm has handled, click here.