Home
Other Information
Criminal Defense Articles
Is a Warrantless Search OK When Strong Smell of Marijuana?

Is a Warrantless Search OK When Strong Smell of Marijuana?

On December 10, 2010, security personal at a Los Angeles hotel called police about a reported burglary of a laptop computer and a Blackberry cell phone.  Hotel personnel believed the suspects were two women staying at the hotel.

The Gist of This Article:  A warrantless search of a hotel room by police, based only on the strong smell of marijuana, was illegal in 2010.  This would be more so in California now with the recent passage of Prop 64 legalizing limited quantities of marijuana to adults.

Police went to the women’s hotel room.  At the door, police noticed a “strong smell” of marijuana.  Police then knocked on the door and one of the women answered.  Police then asked the occupants of the room to exit the room, which they did. 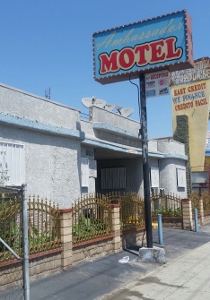 In response to the charges, the two suspects filed a motion to suppress under Penal Code § 1538.5, arguing that there had been no exigent circumstances to allow a warrantless search or a protective sweep of the hotel room.  The trial court denied the motion, reasoning that exigent circumstances did exist to prevent destruction of the marijuana.  The trial court did, however, suppress evidence of the laptop because it was not found in plain view.

The two defendants then appealed the trial court’s ruling on the motion to suppress, arguing, again that the warrantless entry was unlawful (and therefore all evidence from the search must be suppressed), as there were no exigent circumstances to justify police proceeding without a warrant.

The Second Appellate District, in People v. Rosland Nadine Torres (2012 DJDAR 5755), found that the trial court had erred.  The appellate court started its analysis from the principle that a trial court’s denial of a motion to suppress will be upheld if the trial court’s “factual findings, whether express or implied, are supported by substantial evidence.”

The appellate court then noted that a hotel room is considered a home for purposes of the Fourth Amendment. An exigent circumstance is necessary for an entry without a warrant regardless of the strength of the cause to arrest. Exigent circumstances could be the “hot pursuit” of a suspect into a home, imminent destruction of evidence, the need to prevent a suspect’s escape, and the risk of danger to police or others nearby.

The appellate court next noted that entry into a home to preserve evidence from imminent destruction is limited to evidence of crimes that are not minor.  Here, there was no showing that the quantity of marijuana, i.e. more than 28.5 grams, was not minor.  Police only smelled the odor of burning marijuana.

Furthermore, no evidence was presented that indicated the officers had reason to fear the imminent destruction of evidence, or that there was a large quantity in the hotel room.  Speculation would necessarily be involved to find such circumstances.  Likewise, there was no evidence presented of any risk of danger to police officers or others, or that the suspects might flee.

Consequently, the Appellate Court reversed the judgment of the trial court.  It remanded the case to the trial court with directions to grant defendant’s Penal Code § 1538.5 motion as to all items seized from the hotel room and vacate defendants’ no contest plea.

For more information about the Fourth Amendment right to be free of unreasonable search and seizures, click on the following articles:
Contact Greg Hill & Associates