Home
Other Information
Criminal Defense Articles
The Police Took Your $$: You Can Get It Back, Plus Interest

The Police Took Your $$: You Can Get It Back, Plus Interest

Under Health and Safety Code § 11469(i), when a government agency seizes a person’s money, the agency has a duty to protect the money and preserve its value.  The government does this by placing the money into an interest bearing account instead of allowing the money to lose value over time.  Moreover, the person whose money was taken is often entitled to get his money back, plus the accrued interest.

Summary in 50 Words or Less:  If during an arrest, money is seized by the police, one may be able to recover it if the forfeiture hearing is not conducted properly (at the time of the conviction).  Defendant is also entitled to the original sum, plus the actual interest earned on the money, although that may be lower than the statutory rate.

While Cardan was in jail awaiting trial, the prosecution gave notice to Mr. Cardan that it intended to seek forfeiture of the funds, under Health and Safety Code § 11488.4(c).  Cardan then filed an opposition to the petition seeking forfeiture of the funds.  The petition alleged the funds were the proceeds, of narcotics trafficking.  Cardan alleged that the money was his income from selling candy. 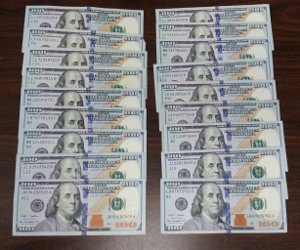 Cardan then appealed the forfeiture ruling.  He argued that the trial court was required to try the forfeiture proceeding in conjunction with the underlying criminal proceeding as required by Health and Safety Code § 11488.4(i).  This argument was successful (People v. $10,153.38 in United States Currency (2009) 179 Cal. App. 4th 1520, at 1530).

The issue of forfeiture was then sent back to the trial court for further proceedings.  Once there, Cardan filed a motion for return of the seized funds and for a jury trial to appraise the value of rare coins included among the seized funds, as well as for interest at the rate of ten percent from the date of seizure.  The trial court ruled that the prosecution must return the funds, plus interest.  However, the court denied Cardan’s request for a separate appraisal of the rare coins.

In determining the interest payable, the prosecution argued that the amount of interest payable to Cardan was the actual interest earned on the funds while on deposit, which plus the original sum, was $12,601.33.  Cardan opposed this position, saying he was entitled to the statutory rate of seven percent.

The trial court sided with the prosecution and awarded Cardan $12,601.33.  Cardan then appealed to the Second Appellate District, saying he was entitled to 7% interest on his money, not the actual interest (much lower) that the money earned, as specified in the California Constitution.  In People v. Twelve Thousand Six Hundred One dollars and Thirty-Three Cents ($12,601.33) in U.S. Currency (2012 DJDAR 12674), the Second Appellate District ruled that Cardan was entitled to only the actual interest earned; rather than the constitutional rate of seven percent per annum.  The court decided that the prosecution need only “preserve” the money’s value under Health and Safety Code § 11469, rather than invest it in a manner to earn interest at the legal rate.

This ruling is particularly interesting for the challenges it seems to encourage.  Implied in this ruling is that Health and Safety Code § 11469 violates the California Constitution, as it seems to permit payment of a lower rate of interest than the constitution requires.

For more information about the search and seizure issues, click on the following articles:
Contact Greg Hill & Associates