Our client, then age 21, entered into a plea bargain in the Whittier Courthouse for a violation of Vehicle Code § 23103(a), also known as a “wet reckless” after originally being charged with DUI.  The plea bargain followed an arrest by the CHP along the 605 Freeway and his retaining a “DUI Expert,” who was unable to reduce the DUI to a “wet” as she assured him she easily could when he retained her.  After many appearances in court with no success, our client fired the “DUI Expert.” 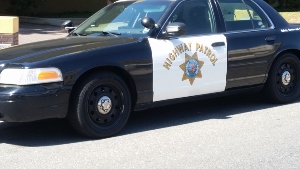 In 50 Words or Less, What Happened?  Early termination of probation and expungement of wet reckless conviction in Whittier for U.S. Army serviceman stationed in Afghanistan.

After firing the “DUI Expert” attorney, the client then retained Greg Hill & Associates, who spotted the important issues and persuaded the Whittier District Attorney in one appearance to amend the complaint to allege reckless driving and dismiss the DUI charges of violating Vehicle Code §§ 23152(a) and 23152(b).  The client then resolved the case as a wet reckless.

Our client then finished his three-month alcohol awareness program (AB 541) and, as an Army reservist, received orders to deploy overseas as part of the U.S. Army’s contribution to Operation Enduring Freedom in Afghanistan.  The client also paid his court fees and fines and attended the Mothers Against Drunk Driving (MADD) Victim Impact Panel (VIP) before deploying.

Greg Hill then contacted the client via e-mail and asked him if he was interested in asking the court to terminate his probation early, at the half-way mark.  If the judge assigned to the case, now transferred Downey because the Whittier courthouse closed, were to grant the motion to terminate probation early, the client would then be eligible for expungement of the conviction.

The client responded that he was eager to end probation and have the conviction changed to “not guilty” on his record.  He thought that being on probation might be slowing down his promotions within the Army.

Greg Hill & Associates then prepared the motion for modification of probation (so as to end it) under Penal Code § 1203.3 and filed it with the court.  The judge may exercise his or her discretion in ruling upon such a motion, so it is important to provide information that makes the judge agree that such relief is the right thing to do.  We therefore often include a declaration from the client that describes the unexpected adverse effects that being on probation has caused and how it has affected our client’s career and reputation in the long term.  We included such a declaration in this motion.
The judge in Downey granted the motion.

Greg Hill & Associates then filed a petition for dismissal under Penal Code § 1203.4, also known as a motion for expungement.  This meant that the judge order that the client’s earlier plea of “no contest” be withdrawn and restore his original plea of “not guilty” as the last plea in the case.  The judge also would then dismiss the case.  In California, this is commonly known as expungement.
Before filing this motion, we explained to the client that under Penal Code § 1203.4(c)(1) and § 1203.4(c)(2), a judge has discretion to deny a request for expungement if the conviction was listed under Vehicle Code § 12810.  Reckless driving is listed under Vehicle Code § 12810(c), so the judge did have discretion to deny the request for expungement.

The client was happy with this because he planned on leaving the Army once he returned to the United States and needed a job.  With this conviction expunged (and since he had no other convictions), he will now be able to legally answer “no” to any employment application question that asks him if he has ever been convicted of a felony or misdemeanor (certain exceptions exist).  This chapter in our client’s life thus ended.
For more information about the issues in this case summary, click on the following articles:
Watch our video about expungement by clicking here.