This matter was a “double case,” in that our client first faced charges in Whittier, but then while out on bail, was arrested for three armed robberies and faced five strikes in Compton.

In 50 Words or Less:  Whittier, felony grand theft of $220,000 in product from employer and Compton five counts of armed robbery (each a strike), five years plea bargain.

Our client, a delivery man for a well-known beverage company, was first arrested after his boss visited a liquor store in Gardena that the boss considered a potential customer, only to unexpectedly find a large amount of its product already in the potential customer’s possession.  The boss asked the store owner who he bought the product from and he named our client, however, the boss showed no record of any sale to this customer.

This raised the boss’ suspicions that our client was stealing product and selling it on the side, most likely for cash.

In fact, the boss found two more stores who were not considered customers who in fact were already buying product from our client, often indeed paying cash to our client.

As it turned out, over four months, our client had loaded thirteen pallets of fine alcohol onto his truck and sold it to several already long-time customers his employer knew, keeping the entire proceeds for himself.  The thirteen pallets had a retail value of approximately $220,000, although our client sold it for considerably less to ensure the sale was made in cash.  The client had loaded the pallets onto his truck during a time when he knew inventory was not being properly documented, or so he thought.  Video surveillance films, however, clearly showed our client each time he took a pallet without checking it out per warehouse procedures. 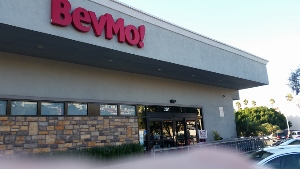 He used the money to make up for the family’s income loss because his wife had recently lost her job.  Our client, age 32, had no prior record.

Prior to being arrested and fired from his job, our client gave a six-page written admission.  He was then arrested and charged by the Whittier District Attorney for an alleged violation of Penal Code § 487 (a) (Grand Theft by Embezzlement), with a special enhancement for the amount in controversy exceeding $65,000 (Penal Code § 12022.6(a)(1)).  He faced a maximum of four years. 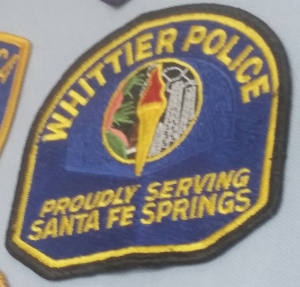 After our client was arrested, our client was then bailed out.  Shortly thereafter, he was arrested for being an accomplice to a string of armed robberies of convenience stores in Compton and Gardena, wherein he acted as the driver for two individuals who actually used a weapon to persuade the victims to provide their wallets and purses.

One of the five victims recognized our client later and called the police, who arrested our client.  He was then charged with five counts of armed robbery, each a felony, and faced a maximum of 35 years if he were sentenced to the maximum on each charge, including a one-year enhancement for the use of a firearm and a one-year enhancement for committing the crime while out on bail on each charge.  Moreover, each of the five counts was a strike.

Our office was retained and immediately asked to consolidate the cases in Compton, which was a more “friendly” venue for our client.  However, the court in Whittier first required our client to have his preliminary hearing in Whittier.  At this preliminary hearing, Greg Hill was successful in moving to dismiss the Penal Code § 12022.6(a)(1) enhancement, which theoretically “saved” our client about $150,000.

The cases were then consolidated and resolved after five further appearances.  Negotiations were quite intense and drawn out, especially given the rather unusual string of felony conduct over many months.  The final plea bargain entered into was that our client serve five years in prison and had to plead to one strike, not bad for a person originally facing a maximum of 39 years and five strikes.
For more information about the issues in this theft offense case summary, click on the following articles:
For more information about theft and robbery crimes, please click here to watch our theft offenses video.