In California, a defendant convicted of a second incident of misdemeanor domestic violence (Penal Code § 273.5(e)) within seven years of a prior conviction must serve a minimum of fifteen days in county jail.  Most prosecutors vary in how much jail time any plea bargain involves at a minimum, but most involve far more than just fifteen days.  Most prosecutors do not even discuss the mandatory minimum punishment.

No judge, moreover, wants to be known as the judge who allows minimum punishment for domestic violence, as it sends the message that the judge is reluctant to punish or simply nice to criminals.

In 50 Words or Less:  Whittier, second time domestic violence, client throws beer can at wife, hits her in face, no jail.

He was drinking one afternoon.  His wife suggested they pick up some hamburgers from a local fast food restaurant, so she and he drove there.  As they were returning to their home, they each grabbed for the same soda in the car’s cup holder.

The soda spilled and an argument erupted.  Each blamed the other for having fault and the argument then broadened into whether divorce was in their future.  It was sad.  Once the two arrived home, our client left the car first.  He found an empty beer can on the ground and allegedly threw it back through the open window of the car, striking his wife on her cheek. 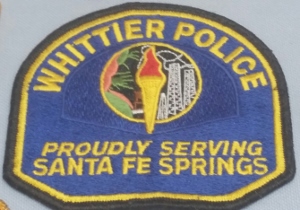 The wife then called the Whittier Sheriff, who arrived and arrested our client on charges of felony domestic violence.  The wife had no visible mark from the alleged incident, although she claimed to police that she did not bruise easily.  It merits mention that she told police that he threw the beer can from about forty feet away, which is quite some distance.  By the time the empty can reached her, if true, it could not have been moving too fast anyways.  In fact, it was somewhat surprising she did not avoid the can.

Our client said nothing to police.  He knew from earlier experiences with the police to remain silent.

Our client then posted the bail bond for the $50,000 bail amount.  He then called Greg Hill & Associates and met with Greg the same day.  The wife came along with the husband.

After speaking to her husband on the drive to our office, our client’s wife signed a declaration stating that the sheriff misunderstood her completely and that she fabricated the whole story because she was mad at her husband.  Greg Hill was skeptical of this, but the wife insisted she was not hit with a beer can thrown at her by her husband.
Greg then contacted the Whittier District Attorney before the case was filed and explained the very minor nature of the case.

The case was still filed, although as a misdemeanor, which Greg Hill found out from the District Attorney was seen as quite a charitable overture by the DA’s office.  Consequently, the initial offer of sixty days in County Jail was not unexpected.  Moreover, as alcohol was involved, the judge assigned to the case required that our client attend four AA meetings per week while the case was pending.

Through a Defense Position Letter explaining the very minor nature of the case and a talk with the head DA in Whittier, Greg Hill was lucky enough to improve the offer to the point where the District Attorney struck the prior allegation and our client accepted a plea bargain with just 13 days of community service.  Our client did not serve one day in jail, although he was placed on three years of summary probation and did have to make a $400 contribution to a battered women’s shelter (this contribution amount is now a statutory minimum $500).