Which County Will Prosecute - Crime Happened in 2 Counties?

It is not uncommon in the Los Angeles area for a client of ours to make sales of narcotics in Orange, Los Angeles, Riverside, Ventura and / or San Bernardino County, especially when sales are made over the phone by text messages and delivery men are used.  The issue that naturally arises once one is caught is where will one be prosecuted?

This is a significant issue because the various counties have significant differences in how they punish narcotics offenses.  However, other offenses also have widely varying punishment, too. 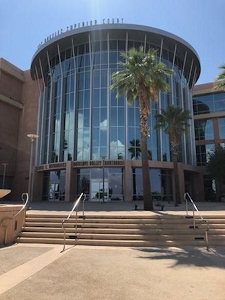 Chavarria then appealed the conviction to the Second Appellate District based on improper venue, meaning the case was in the wrong court.  Chavarria contended that Los Angeles County was the proper venue.

The Second Appellate District, in People v. Joshua Chavarria (2013 DJDAR 2509), found the Ventura County court was a proper place for the charges, and thus, the conviction was properly reached in Ventura County.

The appellate court noted that Penal Code § 781 applied in this case because the sale of heroin was arranged by an informant calling from the 805 area code, which is associated with the City of Thousand Oaks.  Thousand Oaks is in Ventura County.  The agreement by Chavarria to make two sales, one being 11 grams of heroin for $600, was entered into with the informant calling from Ventura County to Chavarria in Los Angeles County.

Thus, Chavarria could have been prosecuted in either Los Angeles or Ventura County.  The actual exchange of the $600 for eleven grams of heroin, as well as another sale, took place in Los Angeles County in the Van Nuys/Sherman Oaks area.

The appellate court noted that Penal Code § 781 has been considered remedial in nature and thus the court would construe it liberally to achieve its purpose.  The court referenced People v. Posey (2004) 32 Cal.4th 193, wherein a drug sale was made under similar circumstances in Marin County and San Francisco County, but was arranged over the phone with Posey calling from Marin County.

The Chavarria court thought Posey was analogous and thus instructive, especially because Posey was decided by the California Supreme Court.  The California Supreme Court reasoned that 781 should be interpreted liberally to include preparatory acts such as those by Posey.  In both Posey and Chavarria, the preparatory phone call was necessary for negotiating the price and arranging for the actual exchange of money for narcotics.

The judgment out of Ventura County was thus affirmed.
The citation for the Court of Appeals ruling discussed above is People v. Joshua Chavarria (2013) 213 Cal.App.4th 1364.
For more information about general criminal case filing issues, click on the following articles:
Contact Greg Hill & Associates
Serving Torrance, Long Beach, Compton, Airport Courthouses and Other Courthouses.